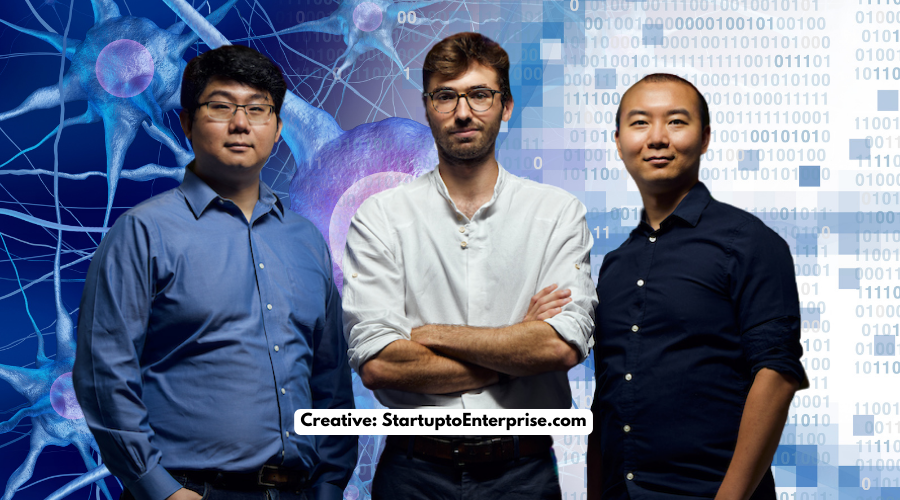 Axoft, a neurotech startup, has announced the FDA breakthrough device designation for its brain-machine interface (BMI) to improve the treatment of neurological illnesses. The company raised $8M to fund pre-clinical investigations with the FDA and to scale up prototypes of its “as soft as the brain” neural implants.

They created innovative implants that are gliosis-free. In other words, the implants are safe for long-term placement in the central nervous system. Axoft’s implants also have electrical stability for long-term monitoring of brain signals and an ultra-high sensor density to maximize information transmission between the brain and electronics.

Paul Le Floch, co-founder and CEO of the neurotech startup Axoft, stated that technological advances in the semiconductor industry, the creation of novel advanced materials, advancements in chip design, and the development of minimally invasive surgical techniques have paved the way for neurotechnology to be implemented in the clinic and truly assist patients. The desire for a higher quality of life and an aging population’s growing financial burden of neurological illnesses pushes the demand for less invasive, more effective neurological equipment.

The inability of current BMIs to fully leverage the brain’s potential is due to the mechanical mismatch between electronics and brain tissues. Even ultrathin wires, unlike brain tissue, are rigid and pose a risk of scarring and infection to the region of the brain in which they are embedded. Axoft resolves this problem by utilizing a bioinspired polymer that is both pliable and durable to create high-density (large electrode count) probes with long-term stability and brain biocompatibility.

Axoft’s minimally invasive implants offer a seamless interface with the nervous system, enabling ultra-high bandwidth and stable measurements of a single neuron. Axoft’s implant material enables it to remain functional while the brain changes and matures, decreasing the need for replacement and providing a long-term BMI to connect the brain to electronics.

Future neuroprosthetics applications, such as brain control of artificial systems with a large number of degrees of freedom or real-time speech prediction, as well as closed-loop neuromodulation for the treatment of movement disorders, memory loss, and epilepsy, require communication with a large number of neurons in the brain.

Currently, authorized systems are limited to between 16 and 96 electrodes, which is insufficient for these applications, and systems in development with a greater channel count often sacrifice biocompatibility for bandwidth. Axoft’s implants comprise 10,000 times softer materials than flexible electronics and can embed up to 1024 electrodes in a single strand thinner than a credit card.

Participation in the FDA Breakthrough Devices Program will expedite the development, evaluation, and review of Axoft technology while maintaining the standards for premarket approval and clearance to protect public health. The company will introduce its technology in stages, focusing on enhancing the quality of life, beginning with diseases with huge patient populations neglected by present medical technology, such as children with cerebral palsy and epileptic patients with lifelong disorders.

The neurotech startup Axoft also declared Reed Sturtevant, the General Partner of The Engine, has joined its Board of Directors. Sturtevant added that Axoft advances core brain-computer interface technologies and may apply them to other situations. This has the potential to be compared to a brain pacemaker – a minimally intrusive device that can listen, detect, and stimulate a reaction. This will affect neurological diseases such as Parkinson’s and Alzheimer’s, as well as seizures and movement abnormalities.

The bioinspired, scalable implant developed by Axoft facilitates long-term connection with the nervous system, enhancing clinical outcomes, individual health, and the human experience. Uniquely designed, the implant from Axoft imitates the surrounding soft tissues while maintaining resistance against the rigorous conditions of the brain. This seamless brain-machine interface results in less patient harm, increased device stability, and precise communication with a greater number of neurons. Axoft is reinventing health through access to neural code that is unequaled. Paul Le Floch was awarded the 2021 Forbes 30 under 30 for Science honor.

The Engine, a spinoff of the Massachusetts Institute of Technology, invests in early-stage startups that solve the world’s most pressing challenges via a convergence of breakthrough Science, engineering, and leadership. Utilizing finance, infrastructure, and a network, we expedite the road to market for Tough Tech firms. The Engine is based in Cambridge, Massachusetts. ♦