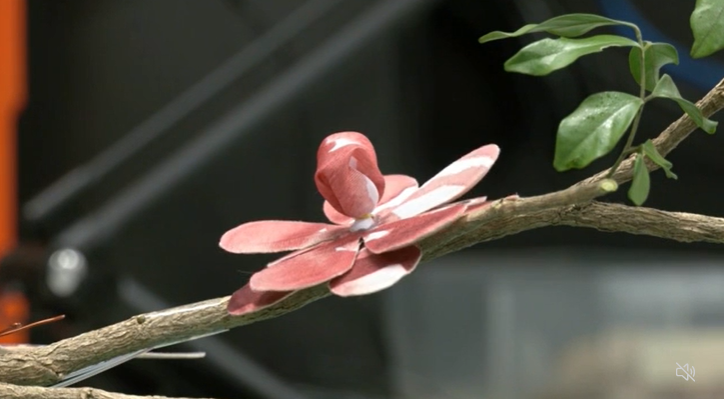 Australian biomedical engineers at UNSW have developed a smart fabric for artificial muscle, hoping to revolutionize the future of soft robotics and wearable exoskeletons. This endeavor is a great move in the efforts to advance assistive technology.

Researchers showed Reuters how the fabric could change shape by making models of a butterfly and a flower that could move in complicated ways. This smart fabric can mimic biological muscles in responding to complex environmental stimuli.

Thanh Nho Do, director of the Medical Robotics Lab at the University of New South Wales and the team’s leader, has grander ambitions and thinks he and his team could use the material to create a smart human suit like the Iron Man suit or Spider-Man suit, which would be highly adjustable to the bodies of its wearers.

Fabric containing artificial muscle fibers was woven or knitted to make the programmable smart textiles. In a June academic publication, the scientists reported that the material they created could change shape and support 192 times its weight. The academic study describes how the ‘muscle fibers’ were made from long silicon tubes filled with fluid and manipulated hydraulically with a syringe.

Yes, you heard that right; the material could be used in various ways. Soft, wearable devices for human augmentation or helping the disabled walk again are within reach of this revolutionary fabric technology. Compression clothing is one such application. The group demonstrated pulsating prototypes that may be used for massage therapy to alleviate pain and increase blood flow by placing them over a finger and forearm.

Bioengineers have suggested that the technology may be used to develop shape-shifting robots that could aid search and rescue teams in reaching inaccessible areas. For example, the group curled the material around a much larger screw and easily removed it from a tight tube. The team found that many existing technologies in this space were either too rigid or too heavy, limiting their usability in dynamic conditions like a wildfire or a fallen structure.

With support from the National Heart Foundation of Australia, the group is also developing a non-invasive device that would wrap around the heart and circulate blood throughout the body to aid those with cardiovascular difficulties. The artificial muscle fiber responds to commands to lengthen, expand, or contract in a manner analogous to human biological actions.

The only drawback, if any, is the manual requirement of the team to control the hydraulic pressure through syringe outlets connected to the material. But if things go well, the team envisions wireless control and readiness for commercialization in the next two years.

But is it the first time we have something like this? Globally, a lot of work is taking place in assistive technology. BackBack in 2018, The University of Rhode Island got Wearable Biosensing Lab, founded by Kunal Mankodiya. Through his work, he integrated textiles with sensors, computers, and the internet to create wearable technologies that were so inconspicuous that they could be used to enhance people’s lives and well-being. Most recently, he and his team have been honored on national and international levels for their work on designing “Patients with Parkinson’s disease may benefit from “smart gloves and socks,” wearable devices designed to facilitate remote medical treatment.