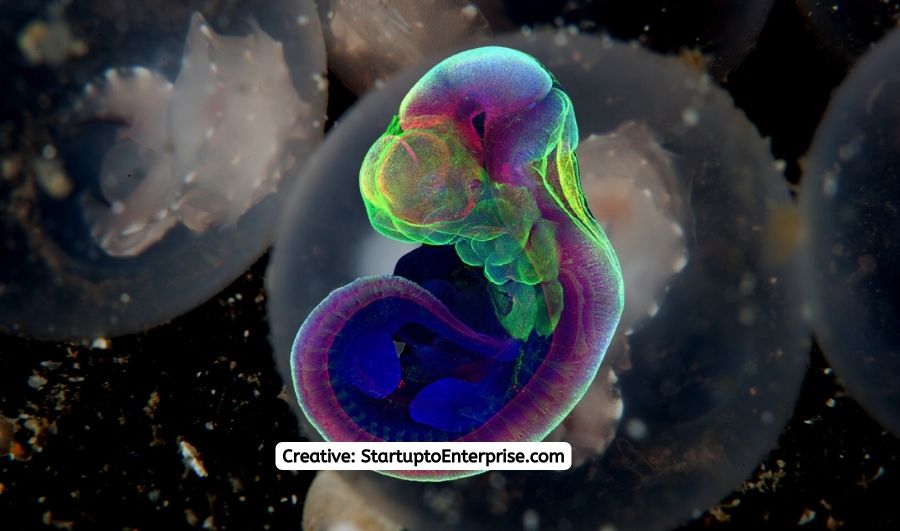 Renewal Bio, an Israeli biotech startup, wants to use the potential of cutting-edge stem cell research to help people live longer and better lives. Through this stem cell technology, the startup is on the mission to create synthetic embryos of people to harvest tissues for medical transplantations.

In this research in stem-cell technology and artificial wombs, the founder of Renewal Bio and biologist at the Weizmann Institute of Science in Rehovot, Jacob Hanna, has started with mouse stem cells where he can form highly realistic-looking mouse embryos and keep them growing in an artificial womb for several days until they develop beating hearts, flowing blood, and cranial folds.

As per Hanna’s research published in the Cell journal, this is the first time an embryo at an advanced stage has been created without sperm, eggs, or even a uterus. Hanna has informed MIT Technology Review that, similar to the rat embryos, he is already working to replicate the technology to experiment with human cells to produce artificial human embryos equivalent to a 40- to 50-day pregnancy in which basic organs and tiny limbs and fingers develop.

The embryo is like a 3D bioprinter that can create natural organs and tissues for Hanna. This endeavor solves the problem of bio-researchers finding it difficult to print complex cell types and organs against simple tissues like cartilage or bone. When a lab-grown embryo can naturally produce organs and tissues, it aids older adults in rebooting the immune system and help older women with age-related infertility by producing youthful eggs.

Omri Amirav-Drory, a partner at NFX that funded the startup with seed capital and the acting CEO, states that he hasn’t seen a technology with so much potential since CRISPR gene-editing technology emerged. Omri stated that the ability to create a synthetic embryo from cells—no egg, no sperm, and no uterus lends to transformative medical technology that can solve concerns related to fertility and longevity.

The whole thing has attracted severe criticism from scientists and regulatory bodies. Stem-cell scientist at the Institute of Molecular Biotechnology in Vienna, Nicolas Rivron, argued that scientists should only create “the minimal embryonic structure necessary” to yield cells of interest.

While there’s criticism, there’s awe-evoking sentiment among other scientists who testify how similar the mouse embryos are to natural embryos. However, techniques for producing synthetic embryos continue to be ineffective. The existing success rate of emulating a mouse embryo is poor, as one in hundreds of attempts would succeed but eventually succumb to defects in heart development due to a lack of sufficient blood supply.

But Hanna’s success with developing mouse embryos at an advanced stage is a breakthrough in stem cell research. He now uses his blood or skin cells (and a few other volunteers) to create synthetic human embryos. He has also assured that these human embryos won’t assume life without a placenta and an umbilical cord connected to a mother.

If need be, Hanna, the scientific founder at Renewal Bio, an Israeli biotech business, said that he will genetically engineer the human embryos to not grow past 40 weeks because the intent is not to develop human clones or to meddle with ethics governing medical sciences, federal agencies, and other regulatory bodies that often decline to fund of synthetic embryo research startups.

Israeli biotech startup Renewal Bio has hired some of Hanna’s students and licensed his technology from the Weizmann Institute. It will begin spending money improving the incubators, developing sensors to track a synthetic embryo as it develops to extend its survival time in the lab. ♦