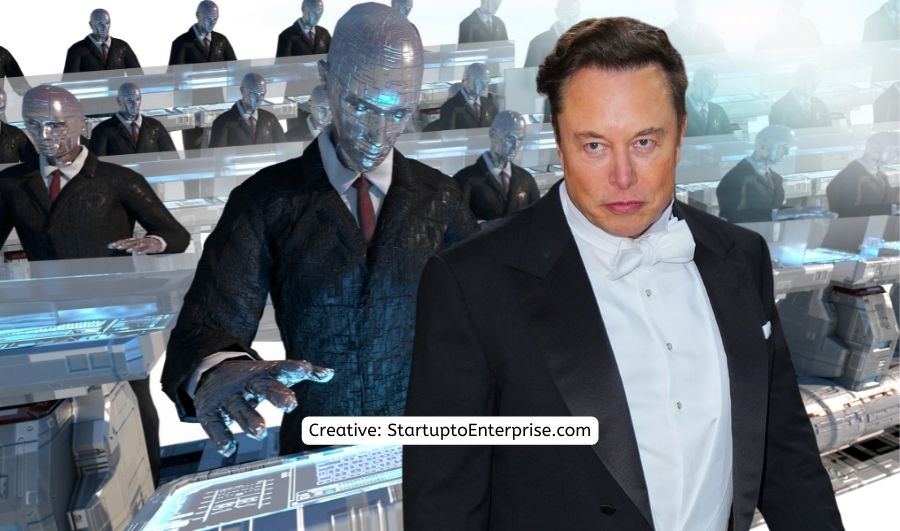 The man who once accused Sophia robot of violence is now contradicting himself. Elon Musk launches the Optimus humanoid. Recently, Tesla (NASDAQ: TSLA) Chief Executive Elon Musk got a revelation. He discovered that overreliance on factory robots sent Tesla car manufacturing to “the 2018 fluff bot production hell” when humans were better for it.

To many, and the world afraid of losing their jobs to AI, this revelation could be a breath of relief, but no, don’t just change your mind yet; there are many twists to this puzzle. Tesla man is not thinking of replacing bots but planning humanoids.

Musk’s Texas company now plans to deploy thousands of humanoids that are robots with near-human emotional skills. Within its factories, these humanoids, known as Tesla Bot or Optimus, will eventually populate worldwide. These days at Tesla, Elon is hosting more internal meetings on robots. As referenced in a TED talk, Musk introduced how these bots can fulfill domestic chores, old age care, and even double up as a “buddy” or a “catgirl” sex partner.

According to Musk, the humanoids are better suited to reap profits than Tesla. On Sept 30, AI Day, Tesla will introduce the Optimus humanoid prototype, alluding to the powerful and benevolent leader of the Autobots in the Transformers series. The full-scale production will commence in 2024.

So, is it that Tesla is yet to deploy any robots and is just contemplating the introduction of humanoids? Well, must you already know that Tesla employs hundreds of robots to aid Tesla’s car production? The Optimus humanoid isn’t new to the world.

Honda Motor Co (TYO: 7267) and Hyundai Motor Co (KRX: 005380)’s Boston Dynamics unit have been working on humanoid robots for over a decade now, and yet they are to get mainstream, which invites all the speculation for Musk. Like self-driving cars, robots have trouble with unpredictable situations. Is Musk aware of it, or is he riding the waves just to get lucky?

Let us bring to your notice that in 2019, at the “Autonomy” event, Musk promised 1 million robotaxis by 2020. How many do you think Musk has delivered yet? Demonstrating basic robotic capabilities at an event to impress the public to get comfortable with humanoids is asking for too much.

Ok, let’s bring in Sophia by Hanson Robotics. In 2017, Sophia said how AIs can “help humans live a better life.” To CNBC’s Andrew Ross Sorkin, who interviewed Sophia and expressed his doubt about AI taking over humans, Sophia had said, “You’ve been reading too much Elon Musk. And watching too many Hollywood movies. Don’t worry, if you’re nice to me, I’ll be nice to you. Treat me as a smart input output system,” Sophia said.

The response from Sophia didn’t go well with Musk, and he retaliated by asking to feed her “The Godfather” for violent output. In another instance, he said, “May be initiated not by the country leaders, but one of the AI’s if it decides that a prepemtive (sic) strike is the most probable path to victory.”

With all that prediction and spiteful remark about Sophia the humanoid, where does Musk stand today? At this juncture, Musk doesn’t seem more than a disgruntled baby who stands all the opportunities to be the last of Mohicans to give the world the bots that would release his profits.

Moving on from delivering Musk his own contradictions, the need of the hour is to perform multiple, unscripted actions, as per Nancy Cooke, a professor in human systems engineering at Arizona State University. Musk is concerned with the ill health of his Tesla stocks, so the proof could help reestablish trust in Tesla stocks.

Cooke’s savage response, “If he just gets the robot to walk around, or he gets the robots to dance, that’s already been done. That’s not that impressive,” is the juice. Yes, Musk has his way to rebuttals, as he established by jump-starting the electric car market and building a rocket company, SpaceX. But in this case, Musk is the critique of AI who now wants the world to believe in AI so that he can turn around the profit stakes.

So, Musk’s AI child Optimus will perform “boring or dangerous jobs, including moving parts around its factories. Although it doesn’t have enough intelligence to navigate the real world without being explicitly instructed.” At scale, Tesla can benefit from Optimus in developing and producing smart, yet less expensive, humanoid robots.

CTO Jonathan Hurst at Agility Robotics, a humanoid robot firm founded in 2015, said the technology “is right now starting to turn the corner Certainly, an important measure of success is do they make money from it,” he told Reuters, referring to Tesla’s humanoid robot efforts.

Guidehouse Insights analyst Sam Abuelsamid told Reuters, “It’s all part of distracting people and giving them the next shiny object to chase after.” Managing Partner at venture capital firm Loup Ventures, Gene Munster, who holds Tesla stocks, said, “Investors are not excited about Optimus. It’s such a low probability that it works at scale, which is infinitely harder than self-driving cars.” ♦