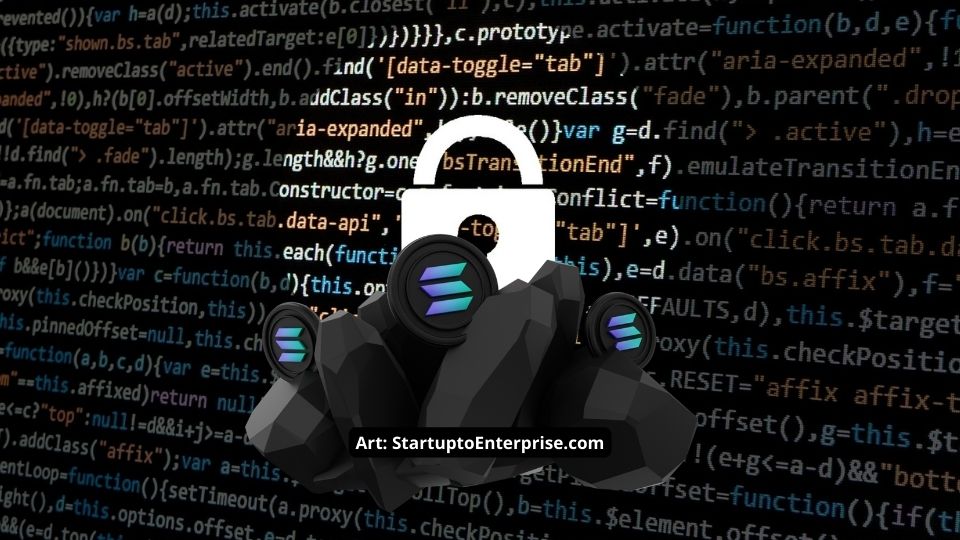 The SOL ecosystem has been the latest target of a cryptocurrency heist when user money totaling $8M was stolen from “hot” wallets based on the Solana blockchain, including Phantom, Slope, and TrustWallet. The Solana network uses its token, referred to as SOL.

PeckShield, a company that audits blockchains, claims that the theft is most likely the consequence of a “supply chain flaw” that was exploited on August 3 to acquire user private keys from wallets. It is estimated that approximately $8M was lost in this Solana wallet hack.

Most of those affected by the Solana Wallet hack were mobile users, even if the exact cause is unknown. Suppose an attacker successfully signed (that is, initiating and authorizing) transactions on behalf of users of a trusted third-party service. In that case, the service may have been compromised in what is known as a supply chain attack.

Wallet provider Phantom stated that it was working with other teams to get to the bottom of the issue but did not “think this is a Phantom-specific issue” at this stage in the investigation.

Magic Eden confirmed the breach, a marketplace for non-fungible tokens, which stated that it looks like a widespread SOL exploit at play, draining wallets throughout the ecosystem. Magic Eden requested that its users remove authorization for any potentially malicious URLs contained within their Phantom wallets.

Non-fungible tokens, also known as NFTs, are digital assets stored on a blockchain with unique identifying codes and metadata that set them apart. A distributed digital ledger is what blockchain technology is. In contrast to cryptocurrencies, non-fiat currencies (NFTs) cannot be bought or sold for their equivalent value.

A day after, an attack was carried out on Nomad Bridge; another was carried out on the Solana environment. This time, the perpetrator stole approximately $191 million. Avalanche (AVAX), Ethereum (ETH), Evmos (EVMOS), Milkomeda C1, and Moonbeam are all able to participate in transactions thanks to the cross-chain bridge (GLMR).

The sum taken was estimated to be $190,7 M by the aggregator DeFi TVL and the analytics company DefiLlama. According to DefiLlama, the entire worth of the project that has been compromised due to the attack is $5,900.