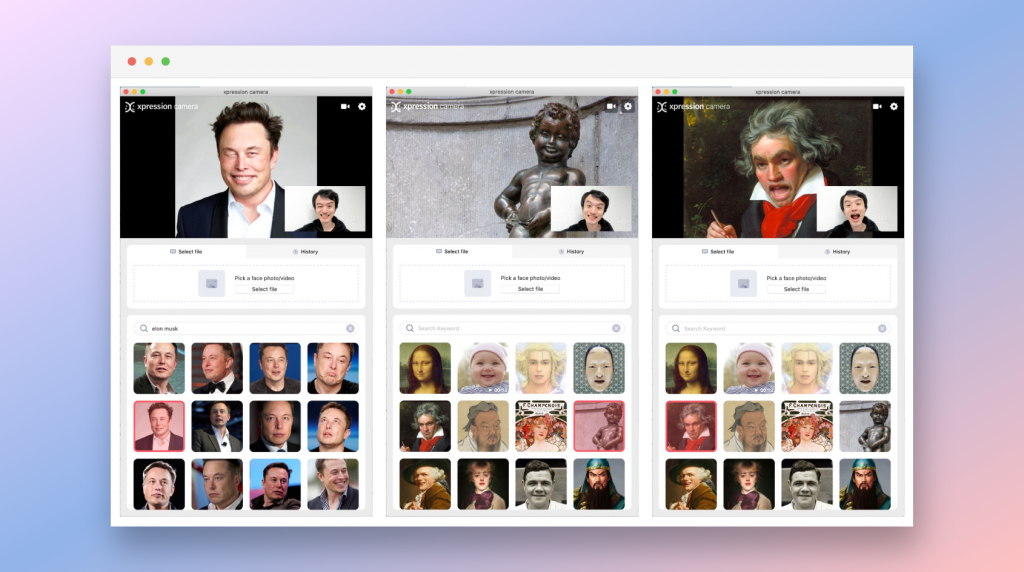 EmbodyMe, Inc., a Japan, Tokyo-based generative AI startup, just revealed that its Xpression camera app now features its new Voice2Face technology. Xpression camera is a real-time face-filtering programme that makes it simpler and more comfortable for users to be off camera while the app fully animates their appearance on the screen, making it ideal for use during video meetings, live streaming, and chatting. With the Xpression camera, users can add their animated facial expressions to any shot with a human face by simply staring at the screen or speaking into the microphone.

CEO of EmbodyMe, Inc., Issay Yoshida, said that the new proprietary AI gives users even more flexibility. Users can let their voice drive their image on the screen to pace while on a video call. The facial features are naturally animated, and users don’t need to be stuck staring at the screen.

Using the Xpression camera’s Voice2Face technology, the user can instantly manipulate facial expressions and head motions in a selected photo on the screen based on their face and/or voice. The Xpression camera was created by EmbodyMe, which employs neural rendering and 3D Dense Face-Tracking to track the user’s face in real-time and generate new visual elements in response to their expressions. The Xpression camera stands out among other real-time filtering options because it protects the privacy of the user (while onscreen) by obscuring their face and altering the background of their video.

The Xpression camera using Voice2Face technology has been updated to allow users to quickly and easily construct a wide range of animations that convey nuanced emotional expressions with the push of a button. These animations, such as confetti showers and humorous visuals, give online video chats a fresh new aesthetic, much like stickers and emojis did for texting.

The Xpression camera is the only real-time, artificial intelligence-generated face-filtering programme, allowing content makers to quickly import their films or stream live, for fun or work, in platforms like Zoom, Twitch, Microsoft Teams, Google Meets, YouTube, and more. In addition, a watermark is included in all videos and live streams to safeguard users and viewers from being duped by deep-fake content.

Any image with a humanoid form, such as a picture, painting, stuffed animal, doll, artwork, comic, cartoon, sculpture, illustration, pet, or movie/TV clip star, is open to transformation by creators. Images from the internet, the camera roll, social media, or the app can be used to easily create high-quality material on standard PCs and Macs. In addition, the software is compatible with cutting-edge text-to-image technology, allowing the videos incorporating the illustrations to be easily used in many markets.

The Xpression camera beta won Product Hunt’s “No. 1 product of the week” award in November 2020. It won the Microsoft Innovation Award and the NVIDIA Inception Award at the 2018 GTC Japan. EmbodyMe, Inc., headquartered in Tokyo, creates generative artificial intelligence that lets users manipulate and create their videos and images. The company has experts in deep learning and computer graphics technologies, which allow them to deliver novel solutions to the most pressing issues in modern audio-visual communication. Popular backers of EmbodyMe include Techstars, IncubateFund, and DeepCore (a Softbank AI-focused fund). Embody Me, a virtual reality application, Xpression for iOS, a meme generator, and the Xpression camera are just some things the company has released. ♦