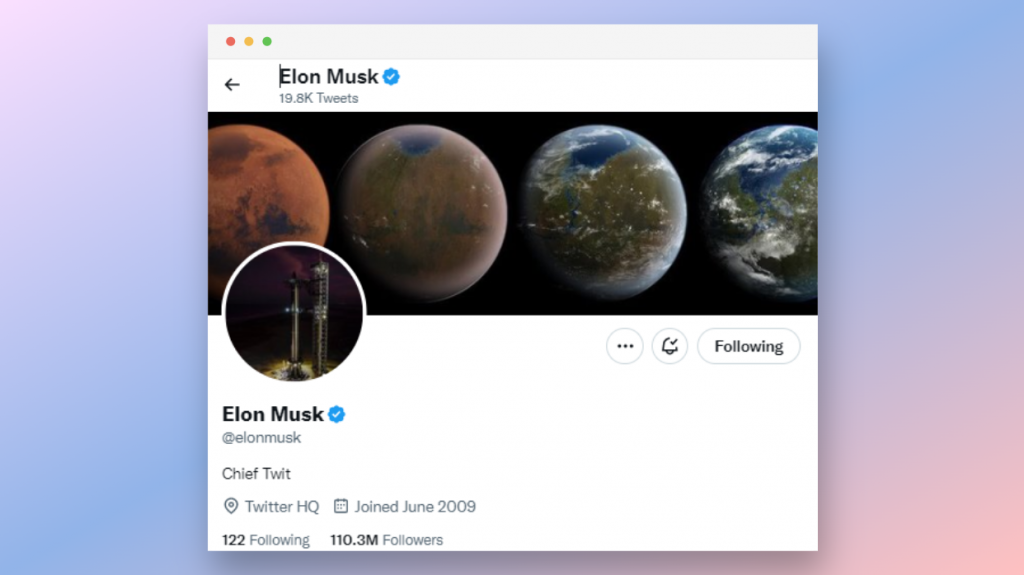 Elon Musk is the new owner of Twitter (NYSE: TWTR) as per his new Twitter bio, which reads, “Chief Twit.” According to his latest tweet, he expressed his interest in personally reaching out to people to share his motivation for acquiring Twitter. Given the amount of speculation around why Elon Musk bought Twitter and his thoughts on Twitter’s advertising policy, there have been a lot of disconnects. With this tweet, he clarifies his position. 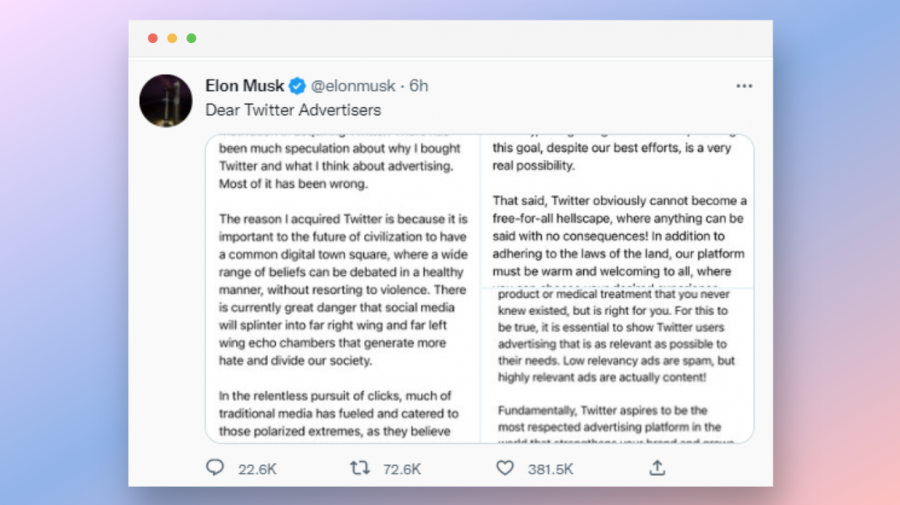 Musk says that “he acquired Twitter because it is important to the future of civilization to have a common digital town square, where a wide range of beliefs can be debated healthily, without resorting to violence. There is currently great danger that social media will splinter into far right-wing and far left-wing echo chambers that generate more hate and divide our society.”

Musk has identified that “in the relentless pursuit of clicks, much of traditional media has fueled and catered to those polarized extremes, as they believe that is what brings in the money, but, in doing so, the opportunity for dialogue is lost.”

Elon emphasized that he has bought Twitter for $44B in debt financing for “the future of a common digital town square for healthy debates” and “high-performance advertising” that delights and spams users. He didn’t do it because it would be easy or for more money, but to help humanity with humility. Musk goes vocal, saying that despite great intentions, he recognizes every possibility of a failure in observing every goal.

In an interesting turn of this open letter, he says categorically that for sure “Twitter obviously cannot become a free-for-all hellscape where anything can be said with no consequences!” Twitter will adhere to the laws of the land while being warm and welcoming to all. “Users can choose their desired experience according to their preferences, just as they can choose, for example, to see movies or play video games from all ages mature.”

Regarding Twitter Advertisements, it was clear to Musk that the social media platform has a lot of bots and click farms that interfere with the success of proper advertisement on Twitter. So, he mentioned in the letter that advertising “when done right, can delight, entertain and inform you; it can show you a service or product or medical treatment that you never knew existed but is right for you.” He spoke of how “low-relevancy ads are spam, and highly relevant ads are content!”

In the public note, Elon Musk, the new owner of Twitter, mentioned how “fundamentally Twitter aspires to be the most respected advertising platform in the world that strengthens your brand and grows your enterprise.” Musk concluded the message by urging Twitter users to build something extraordinary together.

As Elon Musk becomes the new owner of Twitter with a dramatic entry holding a sink, Musk exhausted a great deal of humor, saying, “let it sink in.” While Twitter users globally let this event “sink in” after Musk had already decided not to take over the platform, it seems that Twitter CEO Parag Agarwal and his legal officer Vijaya Gadde used some good persuasion, including dragging Musk to the court and obliging him to complete the deal before now confirming their exit from Twitter. ♦