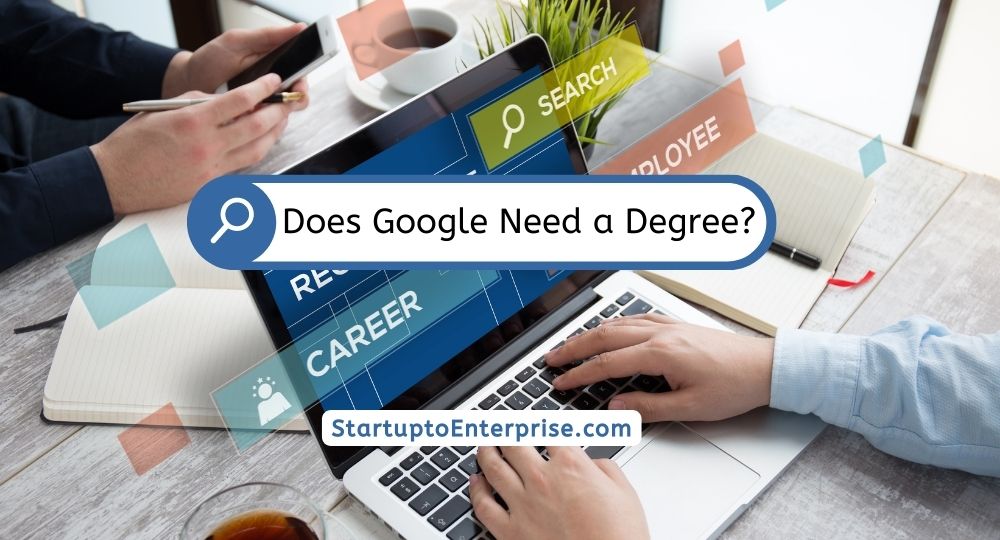 There is a lot of talk about pursuing a degree or not. Every influencer, every successful entrepreneur, has either dismissed the need for a degree or canceled formal education altogether. This dilemma has plagued its target audience; the young impressionable minds. Here’s a Startup to Enterprise exclusive report on Google recruitment marketing gone wrong. 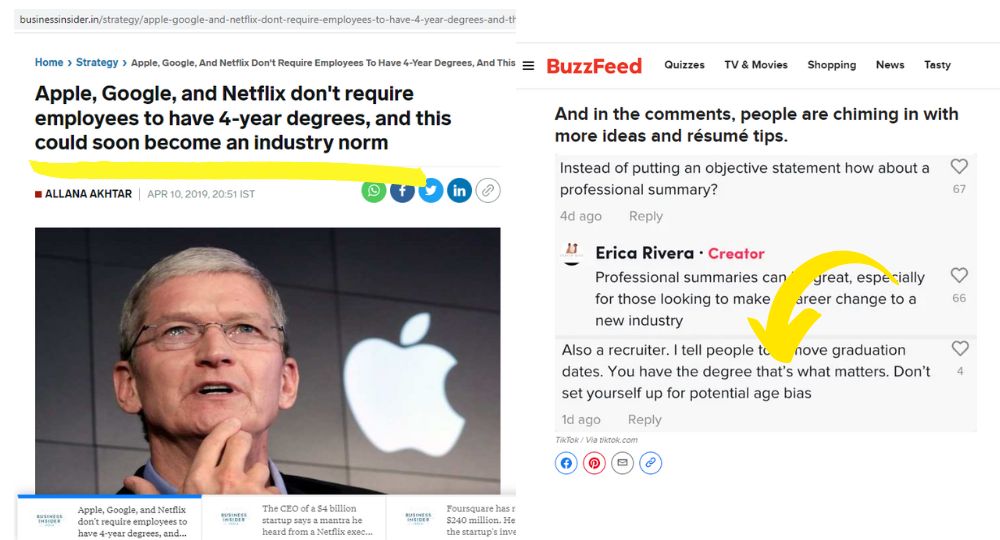 In 2022, in a viral post, BuzzFeed quotes Erica Rivera*, a Sr. Recruiter at Google, saying, “You have the degree that’s what matters.” In the full sentence quoted from TikTok to a query about professional summary, Rivera states, “Professional summaries can be great, especially for those looking to make a career change to a new industry. Also, a recruiter. I tell people to remove graduation dates. You have the degree that’s what matters. Don’t set yourself up for potential age bias.”

Update: Erica has emailed to inform that “Also, a recruiter. I tell people to remove graduation dates. You have the degree that’s what matters. Don’t set yourself up for potential age bias.” is said by someone else and that she has been embellished.

Note: Erica’s statement does not dissolve Google’s duality in what it preaches and practices about the need of degrees in hiring.

In 2019, Business Insider published, “Apple, Google, and Netflix don’t require employees to have 4-year degrees, and this could soon become an industry norm.” The article in Business Insider has mentioned contrasting viewpoints that leave jobseekers in a state of confusion. While it mentions, “Now, prominent companies like Google and Apple are hiring employees who have the skills required to get jobs done, with or without a degree.,” it also states, “That being said, college degrees seem to pay off. Workers that hold at least a bachelor’s degree earned more than the $932 median weekly earnings for all workers in 2018, according to a recent report from the US Bureau of Labor Statistics.”

In contrast to what Eric Rivera shared with her TikTok audience, here’s what Google’s Vice President of People Experience, Tom Dewaele, shared. He said, “Our focus is on demonstrated skills and experience, and this can come through degrees or it can come through relevant experience.” And this article appeared in Computerworld in August 2022.

Senior Reporter, Luca Mearian, stated in the article, “At Google, a four-year degree is not required for almost any role at the company — and a computer science degree isn’t required for most software engineering or product manager positions.”

The conversation that started in 2019 in Business Insider about hiring candidates based on skills also emphasized the importance of degrees for higher median weekly earnings. Now in 2022, the conversation driven by Buzzfeed citing Erica Rivera, “You have the degree that’s what matters,” and the conversation by Computerworld citing Tom Dewaele asking for “demonstrated skills and experience” leave no one truth for jobseekers. This lack of cohesion in Google’s recruitment communication appears no less than a shape-shifting narrative suited to the winds.

Let’s say that the media tends to appease brands to keep their publishing afloat, but what is Google asking for in real-time? Here’s the link to all Google job posts on Linkedin specifically asking for at least a Bachelor’s degree and/or years of experience for roles that do not necessarily require academic expertise.

The argument is not about whether or not Google should hire people with degrees. It is the brand’s prerogative. The quest here is to understand why Google is not acting what it is preaching or at least what it has allowed the media to talk about its recruitment policy. This magnifies the inconsistency in communication across Google recruitment marketing campaigns impacting poor job seekers. Is Google’s leadership aware of this?

Google here is just the tip of the iceberg that leaves a lot of job seekers in a complex situation, triggering an unemployment-induced mental health crisis. At the bottom of the iceberg, you, as a job seeker, will find other brands that don’t live up to the brand they have built to attract you. You also have influencers asking you to skip academia. Hope this satisfies your query if Google needs a degree! ♦