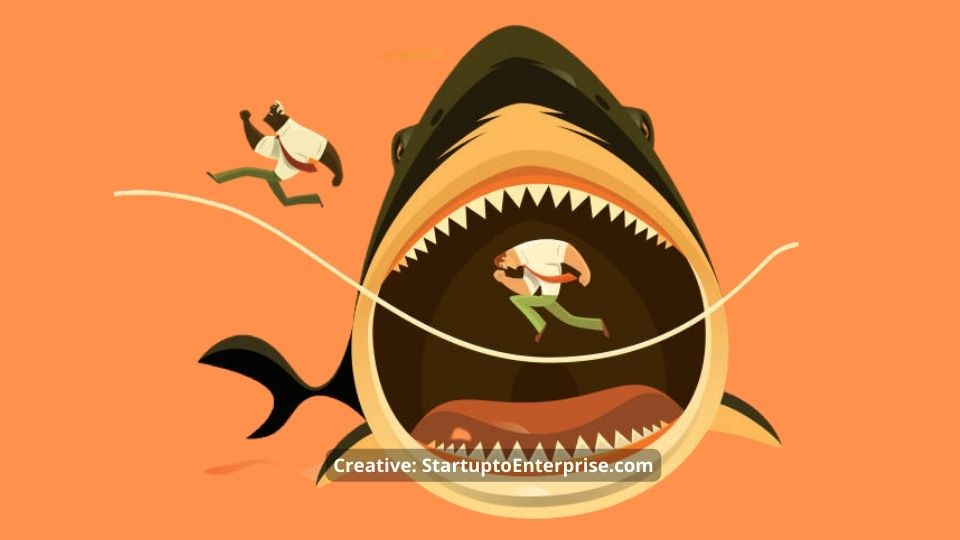 Last year in May 2021, an email by the CEO of Shopify, Tobi Lütke, got viral. It was an immediate flight to an incident wherein a senior manager at Byju’s miserably abused their sales executive. Of course, the CEO terminated the manager for ramifications, but how does it occur in the first place?

A quick study informs us of how big enterprises manifest toxic work culture; how sometimes their CEOs, Human Resources, or tenured employees perpetuate toxicity. Starting with Shopify, here are the notable employee warnings issued by Amazon, Apple, Google, Tesla, Facebook, Vodafone, American Airlines, and the like.

Please note that these warnings are not warnings for underperformance. These warnings are issued to employees to clarify a company’s stand on issues they expect their employees to avoid to avert dire consequences. All these places of toxic leadership are still places anyone would love to work at and post about it on Linked in with so much glee in their heart.

Shopify is a Canadian marketplace that provides a digital infrastructure to vendors with good growth since Covid-19. The Royal Bank of Canada’s current valuation is C$182.7 billion ($146 billion). The company is a pauper in its employee relationship management with all the wealth. Else, three C-Suite executives don’t resign at one go. But Tobi Lütke, the CEO, is confident that Shopify is a for-profit company, not a family.

In his email, Tobi writes, “The very idea is preposterous. You are born into a family. You never choose it, and they can’t un-family you. It should be massively obvious that Shopify is not a family but I see people, even leaders, casually use terms like “Shopifam,” which will cause the members of our teams (especially junior ones that have never worked anywhere else) to get the wrong impression. The dangers of “family thinking” are that it becomes incredibly hard to let poor performers go. Shopify is a team, not a family.”

Amazon and the Harassment of Labor Union

The Founder of The Congress of Essential Workers (TCOEW), Chris Smalls, formed the Amazon Labor Union (ALU) at the State Island warehouse. The demands include a hike in pay scale, time-off, longer breaks, support for Covid-19, workplace safety, & improved employee advocacy. ALU has created a fundraiser for a solidarity fund to help volunteers launch the drive.

Contextually, this exposes Amazon’s community leadership failure. It emailed its employees against the unionization at the Amazon warehouse in Bessemer, Alabama. Amazon is also leveraging screens to reach out to all its employees in its anti-union drive, asking them not to be misled by union organizers misrepresenting in Amazon vests. What could have been settled through negotiating the demands now appears to be a major corporate erasure.

Steven Crowder’s homophobia made racist remarks on Vox journalist Carlos Maza calling him “lispy queer” & “gay Mexican.” Maza reported this to YouTube, to which YouTube, despite agreeing to the hurt, denied any violation of platform policies. After the LGBTQ community called out such an insensitive decision, YouTube’s CEO Susan Wojcicki apologized, followed by Google’s CEO Sundar Pichai.

Later, when some employees at Google chose to protest against YouTube’s policy on signs and T-Shirts at a PRIDE march, Google indicated a violation of Google’s communication policy. Further evidence shows that Google also donated to US lawmakers known for their anti-LGBTQIA stance, including Texas Representative Mike Conaway and North Carolina Representative Virginia Foxx.

Degrees don’t mean education, and Elon doesn’t mean empathy leadership. How else a man so visionary has such toxic leadership? Why, what Elon Musk communicates to the world, he fails to communicate to his employees? Today Tesla is widely critiqued for leadership communication failure, and that’s why his employees choose to leave him.

Business Insider said, “The worst part is the toxicity that Elon creates—unrealistic stretch targets without a realistic plan to achieve them,” said an ex-manager who worked directly with Musk. “It’s a culture in which you’re gone if you don’t have a solution to a problem and you don’t have that problem resolved within a few days or a week or two. So it’s better to keep your mouth shut.”

Your favorite Apple Inc. is responsible for the unemployment of “29 leakers” alleged for leaking internal information on plans. Think of an organization as big as Apple canceling the job prospects of their alleged leakers by influencing their clouts and the global tech communities. In some cases, the alleged are also convicted and massively charged for network intrusion & theft of trade secrets, considered federal crimes.

Yes, executives at Apple defended it well, arguing that such intellectual property or supply chain information leakage impacts everyone in Apple’s ecosystem. But to be responsible for the accused not being re-employed is violence. It amounts to a threat of being unemployed forever, which anyone can exploit to frame an innocent employee. This is indeed a distinguished failure of leadership communication.

In one warning, American Airlines, led by CEO Doug Parker, asked its flight attendants to skip meals and arrive early for work to improve their punctuality record. The President of the Association of Professional Flight Attendants Association (APFA), Julie Hedrick, called it “insulting” and critiqued the airline for mistreating its stressed and overworked flight attendants.

In another communication, Doug asked American Airlines workers to expect a new barrage of furlough warnings if they failed to staff the flight on Apr. 1, 2021, as their US aid for industry workers expired. The aviation company furloughed 19,000 workers in a previous record when the first round of government payroll support expired on Oct. 1, 2020. Doug’s toxic expectation is that employees shouldn’t expect an income or be furloughed.

Facebook is one organization that announced work from home before many of its peers were still toying with the idea. It is contradictory to learn about a company that invests so heavily in employee wellbeing and simultaneously passes a warning to not F (yeah, the logo) around; to not wear the Facebook logo in public after it had Donald Trump’s account banned indefinitely.

“In light of recent events, and to err on the side of caution, global security is encouraging everyone to avoid wearing or carrying Facebook-branded items at this time,” informs Facebook’s Security team to all employees, as reviewed by The Information. Basically, one assumes power to corrupt inevitably.

“It is strongly recommended that any employee planning an overseas trip discusses it with their people leader before booking flights. Employees should also understand that if they are prevented from returning to NZ and their home/work for an extended period beyond their original approved leave dates, their employment may be terminated.” Vodafone NZ, thus defining its toxic leadership.

So, here’s an organization leveraging the situation of an employee stranded in a foreign location because of Covid-19 flight restrictions. Why is an employer responsible when they have clearly outlined their policies? Do you recall what Shopify’s CEO said? A for-profit business is not a family, so Vodafone would rather terminate an employee than allow them to work remotely and resume under fair weather. ♦