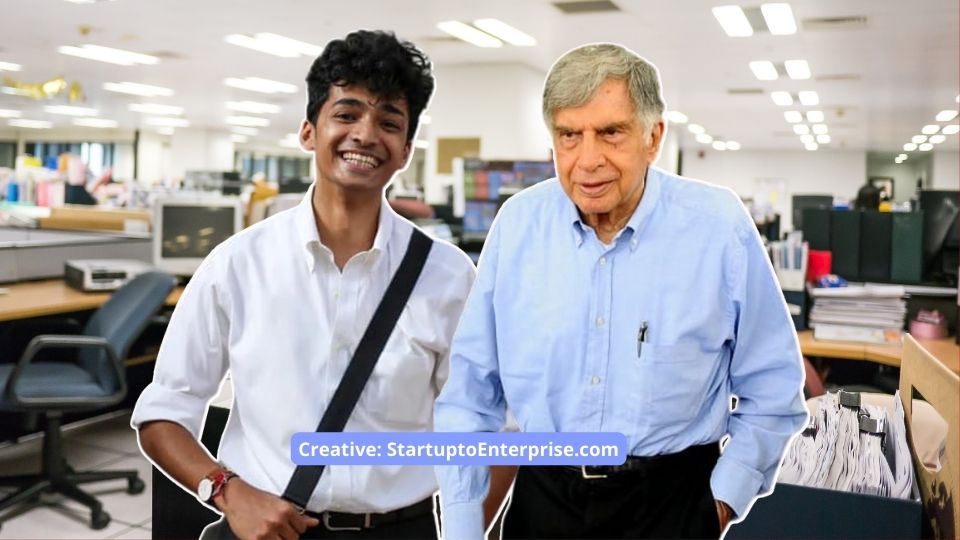 84-year-old Indian Industrialist Ratan Tata, who oversaw the operation of the $128B Tata Group for decades, has invested in a company that pairs retirees with recent college grads for lasting partnerships.

To further its mission of fostering “inter-generational friendships,” Ratan Tata funds Goodfellows announced on Tuesday that it had received a seed investment from Mr. Tata, the prominent chairman emeritus of Tata Sons Ltd., which controls over 150 companies, including some of India’s most valued, including software outsourcer Tata Consultancy Service Ltd. and the country’s largest steelmaker Tata Steel Ltd.

At the startup’s official launch in Mumbai, Mr. Tata said that one doesn’t know what it is to be lonely until they spend time alone wishing for companionship. He added, “You don’t mind getting old until you get old, and you find it’s a difficult world,” addressing a group of seniors and their young friends.

Mr. Naidu attributed the inspiration for his startup to his connection with Tata, which he described as the “peak example of an intergenerational friendship considering the five and a half decade age difference.” He said he was drawn to Mr. Tata and others like him because of their fresh perspective, knowledge, and commitment to living in the present.

Mr. Tata is credited for revitalizing the steel-to-airlines conglomerate established by his great grandfather 168 years ago. However, after leaving his executive position with the business five years ago, he blossomed into a celebrity in India’s startup scene. Since then, he has invested in more than fifty other businesses, such as online eyeglasses store Lenskart, digital payments brand Paytm, electric vehicle company Ola Electric Mobility Pvt., and online stock trading site Upstox.

Receiving financial support from Ratan Tata is a mark of distinction, no matter how small the amount. After seeking finance for his first firm, Motopaws, a humanitarian enterprise that offered reflective collars for street dogs, Mr. Naidu, a design engineer and MBA from Cornell University, the alma school of Ratan Tata, connected with Mr. Tata. There was an instant connection between the two.

Mr. Tata is known to select his investments intuitively, said the founder of Goodfellows, Mr. Naidu. For anyone curious about Mr. Tata’s investment strategy, it is fair to believe that he aligns with young people and backs their drive and the social impact they will have. It’s never about financial returns.

As Ratan Tata funds Goodfellows, approximately 50 “grandpals,” men and women over 70, will be paired with “good fellows” in their twenties, a diverse group of employees selected after extensive screening and psychometric testing. Salaries are paid to a large number of newly minted engineers, artists, and filmmakers.

There are around 1.4B Indians, and half are under 25. Physical and mental health issues are exacerbated for the roughly 15 million senior Indians living alone due to a lack of relatives or their offspring having moved abroad.

Goodfellows plans to roll out our subscription service to further locations, including Bengaluru, which is presently in Mumbai only. The startup places a premium on social interaction, which can take many forms, from going on a stroll to watching a movie to simply talking with one another. Mr. Naidu claimed that the companions are unpaid volunteers who lack long-term commitment, explaining why previous non-profit models have failed.