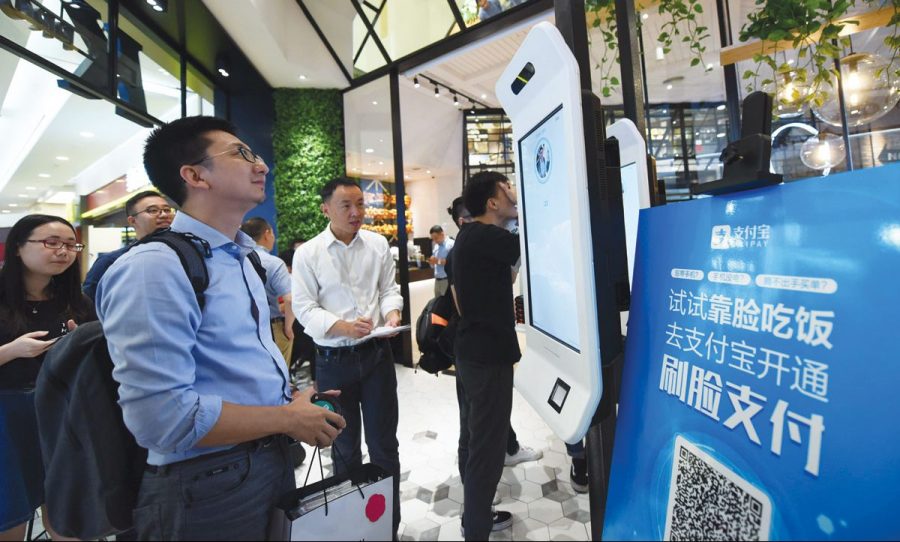 Recently, Japan Computer Vision Corp (JCV) concluded talks on some major payments considered a potential breakthrough for SoftBank founder Masayoshi Son who had ambitions of driving new business through a partnership between his tech investments.

Amidst mounting tension between the US and China, the balancing act of Son trying to stay neutral with its JCV-SenseTime is conspicuous. Son is certainly mindful of China’s regulatory crackdown that has upset his portfolio of businesses and therefore has cautiously approached this deal.

Japan Computer Vision Corp has clarified that the data and systems of Master Card and Visa are beyond the reach of the Chinese technology partner, SenseTime. For Mastercard, biometric features must comply with the European Union data protection standards, while Visa is working to define biometrics in payments for a secure system.

SenseTime Group has communicated to Reuters about its intention to strengthen its partnership with JCV, which will benefit all businesses. It has particularly addressed establishing an ethics council to ensure how they deal with data and other crucial information.

So far, the story involved China and America. Now, you have Israel on the scene that offers cybersecurity audits to JCV. The Israeli cybersecurity startup CYE helps JCV avert data leakage by making pay-by-face systems an option for consumers to opt in and opt out. JCV CEO Andrew Schwabecher believes this strategy will make pay-by-face a mainstream solution.

Besides JCV, owned by SoftBank, SoftBank is also an investor in SenseTime, blacklisted by the US in 2019. The blacklist that barred all exports was followed by another December crackdown that prevented any American from investing in SenseTime Group.

The conflict is defined as Washington accusing the Hong Kong-listed firm of developing facial-recognition pay-by-face technology that can identify ethnic Uyghurs. The accusation does not involve any ethical violation by JCV, but its use of SenseTime technology denotes America’s interference in China’s technology expansion.

Customers’ faces can be identified even when they are obscured by blur or masking, according to JCV’s Schwabecher, although Fast Retailing in Japan reports that the data collected by the temperature scanner is not stored or transmitted at any point in the process.

SenseTime’s algorithm analyzes over 200 face regions and the distance between them to build a digital key. To verify payments, JCV uploads the user’s unique signature to the cloud. This is where this technology infringes on users’ right to privacy despite its benefits in terms of safety and ease.

Facial recognition firms have been targeted by regulators worldwide. Clearview AI, a New York-based business, has been penalized in the UK and Italy for using web photographs to train its face-matching technology. Consumer groups in Australia recently submitted three retail chains to regulators for their use of “intrusive” facial recognition technology.