Russia’s invasion of Ukraine shocked the whole European VC ecosystem in early February 2022. Albeit the Ukrainian startup scene is relatively small compared to other European countries, Ukraine reportedly had 28 VC-backed companies that collectively raised $10.4M in 2021. The country was growth bound, but now with the offensive Russian militancy, the Ukrainian startup scene in 2022 is struggling to stay afoot amidst war deaths and everyday threats.

To understand the situation better, we spoke with Michael Clouser, CEO and co-founder of The Startup Race. They explained the impact of the Russia-Ukraine War on the overall EU startup ambitions. He said, “As a part of our accelerator services, we write and endorse Startup and Innovator Visas in the United Kingdom. Because of the sudden rise in visa applications of all types from Ukraine, the Home Office (UK Visas and Immigration or UKVI) is snowed under, so to speak.”

In the Neighbouring Countries

Clouser added, “Combined with Covid and the resulting shortage of staff, many of whom now work at home, the Startup and Innovators Visa issuances are delayed. The time frame has moved from the usual 1 month for approval or rejection to 3 months or more. This has caused many of our clients to delay their entry into the UK and the starting of their resulting new businesses in the UK Overall; we expect 20% less applications in this fiscal year than last.”

In terms of support, Clouser informed that “We have seen a rise in Ukraine entrepreneurs that want to relocate to the UK. Recently we brought on 2 new clients from Ukraine. Also, we have allocated a “scholarship” fund that will support a 2-year accelerator programme for 2 Ukrainian entrepreneurs in this coming fiscal year.” This tells us that Ukraine may be riddled to debris from all the Russian bombardment, but the spirit of Ukrainian entrepreneurship sticks out strong.

Curiosity brought us to understand that the war has led to a huge push of immigrants to the neighboring further Ukrainian countries. According to the CEO of Billon Group, Wojciech Kostrzewa, as a British-Polish DLT/enterprise blockchain startup, they are on to hiring IT engineers from the Polish labor market brimming with qualified immigrants from Ukraine. A Russian immigrant to the US and Founder and CEO of Genium, Alex Iceman, is working on getting his family, colleagues, and friends out of Ukraine. He has secured opportunities within his own company and organized a relief effort to get food and supplies to refugees.

An ambitious 20 million euro operation has been initiated by the European Commission to assist the Ukrainian innovation community. At least 200 Ukrainian deep tech startups will get up to €60,000 through a tailored amendment to the 2022 European Innovation Council (EIC) work programme. An additional service provided by EIC is business consulting and matching services. Ukrainian innovators can better integrate with the European innovation ecosystem, reach new markets, and benefit from European finance mechanisms.

In all of this, Google as a tech giant, didn’t stay back. In March, Google launched the Ukraine Support Fund – Google for Startups Campus, wherein it allocated $5M equity-free cash awards and Google support for Ukraine-based startups throughout 2022. Selected Ukraine-based startups are announced on a rolling basis and awarded up to 100,000 US dollars in non-dilutive funding and ongoing Google mentorship, product support and Cloud credits. This hands-on support is designed to help Ukrainian entrepreneurs maintain and grow their businesses, strengthen their community and build a foundation for post-war economic recovery. 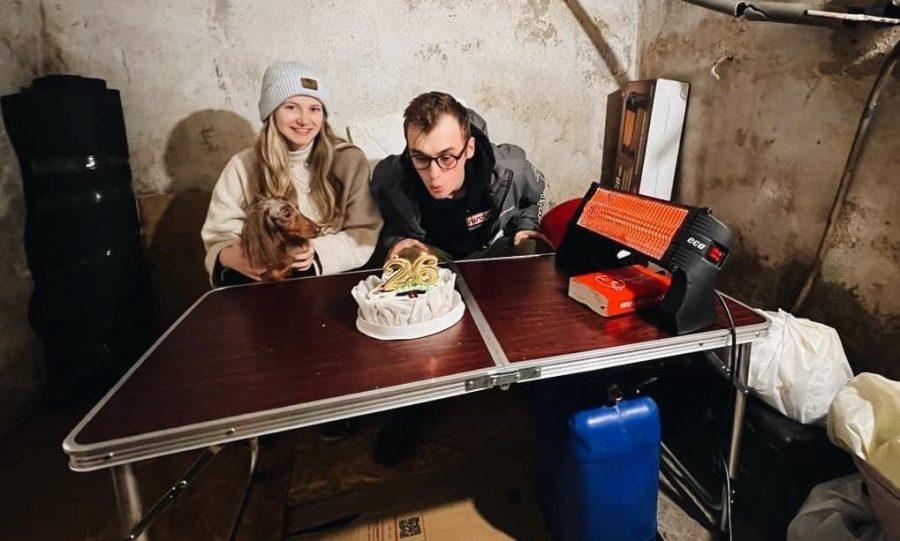 Hope at the End of the Tunnel

While Pavlov Kartashov of the Ukrainian Startup Fund credited the war for altering the Ukrainian startup scene in 2022, he informed how the war drove away many skilled tech workers, thereby depleting Ukraine. But here, it is the resilience we referred to in the beginning. The actors are the founders of Awesomic, part of the YCombinator 2021 startup accelerator program. The founders Stacy Pavlyshyna and Roman Sevast tell us how the whole of Ukraine is now a startup run by survival coordinators.

Headquartered in Kyiv, the founders of Awesomic share their experience of resilience and endurance with glimpses of devastation painted by Russia. Thanks to the Ukrainian Internet infrastructure and the trustworthy teammates working from hallways, closets, and bunkers, Awesomic can receive and deliver work to an international clientele while staying invested in scaling their startup like war heroes.