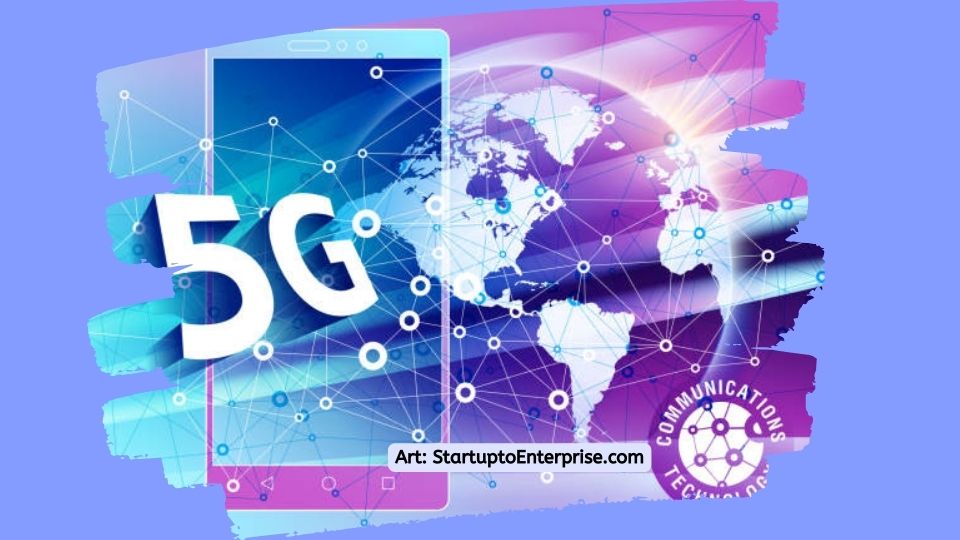 India’s most awaited battle for the 5G Spectrum auction got Indian billionaires Mukesh Ambani and Gautam Adani, along with a slew of players expected to bid as much as $14 billion for frequency rights. These rights could determine who dominates the digital era. The scheduled date is Tuesday, July 26, 2022, from 10 am till 6 pm.

Although Mukesh Ambani’s Reliance, Jio Infocomm Ltd., has paid the highest pre-auction deposit, thereby being the most aggressive bidder in the sale and a new entrant Adani Data Networks Ltd., whose bids will be closely watched as competitors try to map out its telecom ambitions. Wireless carriers Bharti Airtel Ltd., a joint venture between Vodafone Group Plc and Kumar Mangalam Birla’s group managed by billionaire Sunil Mittal, and Vodafone Idea Ltd., are also taking part in this auction.

ICRA Ltd., a local rating organization, estimated that the sale of airwaves might bring in as much as Rs 1.1 trillion, equivalent to $14 billion in modern currency. The empire of Adani, who earlier this year surpassed Ambani is, Asia’s richest man, is playing down its move into a new playing field for the firm. Adani just surpassed Ambani, Asia’s richest man. The company stated that its interest in 5G waves is about “private network solutions” and increasing cybersecurity at the firm’s airports and ports and that it has no plan of entering the mobile consumer industry, which Ambani now controls.

Despite this, the move comes when the two men are increasingly treading the same ground. In particular, Adani is making investments in sectors that are traditionally associated with Ambani, who was the one who disrupted India’s telecommunications industry almost six years ago with Reliance Jio’s extremely low-cost services.

Many businesses, including global corporations such as Amazon.com Inc. and Walmart Inc., are competing for a piece of the pie that lies at the intersection of mobile technology and the budding e-commerce environment in India, which is at a pivotal point in the country’s digital development.

Speculation that 5G would become a cause of contention between Ambani and Adani was largely put to rest when Adani Data paid only 1 billion rupees as a deposit for the auction. This brought an end to the speculation that 5G is going to become an issue of contention between Ambani and Adani. The payment is often regarded as a vital measure of the level of interest exhibited by a bidder among brokerages.

The relatively minor deposit that Adani Data made, as per the company’s promise that it would only establish a private 5G network and not become a full-fledged wireless operator, assisted industry incumbents in alleviating some of the worries that they were experiencing. According to the data released by the government, Reliance Jio deposited 140 billion rupees, which is significantly greater than the 55 billion rupees that Bharti Airtel and the 22 billion rupees that Vodafone Idea deposited together.

According to Utkarsh Sinha, Managing Director of Bexley Advisors, a boutique investment banking firm, India would profit from a big rollout of 5G regardless of whether Adani or Ambani funds the build-out. Adani’s arrival has rocked up entrenched Reliance Jio, and the enormous earnest money commitment shows that they realize the 5G value proposition and can’t afford to lose out on it are accurate statements.

The ambition of Prime Minister Narendra Modi to bring inflation under control and the fiscal deficit under control would receive a financial boost from India’s 5G Spectrum auction. The offer is to sell 72 gigahertz airwaves for twenty years in varying spectrum frequencies between 600 megahertz to 26 gigahertz. The range of these frequency bands is as follows: As part of its effort to play catch-up with other nations, such as South Korea and China, which have had 5G networks for several years, India has permitted businesses to pay for the service in twenty equal installments rather than making an initial payment.

According to Nomura Holdings Inc by Aditya Bansal, there are concerns that Adani Group’s entry into the telecom sector has eased after it submitted an earnest money deposit which is likely to be about INR 8B to INR 10B. In India’s 5G Spectrum auction, Reliance Jio has submitted a much higher earnest money deposit in the past auctions, which helps around INR 405B to INR 600B. Comparatively, Bharti Airtel got INR 400B, and Vodafone Idea’s about INR 184B.

According to Credit Suisse Group AG by Varun Ahuja, Reliance Jio’s high earnest money deposit is an enabler and doesn’t necessarily mean higher auction spending. Bharti Airtel will limit its bidding to a 5G spectrum between 100MHz in the 3.5GHz band and 500MHz in the 26GHz band. Bharti Airtel might selectively add 900MHz and 1800MHz bands in circles such as Delhi, Mumbai and Kolkata. Comparatively, Vodafone Idea’s earnest deposit is only enough to acquire a minimum 5G spectrum.

Morgan Stanley’s speculation, led by Gaurav Rateria and based on the assumption that there is sufficient spectrum availability, suggests that aggressive bidding or bidding significantly higher than the reserve price is improbable. The earnest money deposit made by Reliance Jio grants the company the ability to move beyond 5G bands and bid either for new bands or the bands it already possesses.

CLSA, led by Deepti Chaturvedi, states that the key surprise is Adani’s low earnest deposit money, lower than even Vodafone Idea. Reliance According to her, Jio and Bharti Airtel will likely lead the auction, and Vodafone Idea’s earnest money deposit is not enough to bid for pan-India or even all of its established markets’ 5G spectrum.