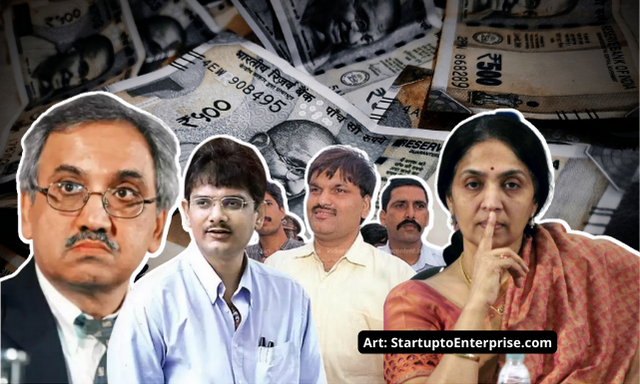 It is an instance of insider trading when someone working within the system leaks embargoed information or Unpublished Price-Sensitive Information (UPSI) to trade or help trade with external parties. In India, an inside trader applies to a person working in a publicly listed company who would buy or sell stock informed by inside data, including quarterly results, merger and acquisition, expansion or shutdown plans, or other significant activities.

The Companies Act, 2013 and the SEBI Act, 1992 prohibit insider trading in India. To contain the wrongful act, in 2015, the SEBI (Securities & Exchange Board of India) formed the SEBI (Prohibition of Insider Trading) Regulation. According to the regulation, Insider trading in India is a punishable offense and subjected to legal probing. SEBI has to ensure that the market environment is free of malfeasance to restore the public’s trust in investing their hard-earned money. Stock exchanges and financial intermediaries’ books of accounts are monitored by SEBI, which is responsible for implementing the bylaws of all stock exchanges in India.

For SEBI, an ‘insider’ is a person in the organization for at least six months with access to UPSI. Such a person, maybe the company director or employee, or a member of their immediate family, could be a suspect, as could a legal advisor or banker for the company, a stock exchange official, or trustees or employees of an asset management firm working with the company.

If insiders use their UPSI to conduct trades, the regulator has the power to take action against them. It’s common for a company manager to tell his father about an upcoming business deal, and the father then tells his friends about it. As a result of this violation of insider trading norms, the manager, father, and friends are held responsible.

Even though trading on UPSI is prohibited, there are no restrictions on other forms of insider trading. Despite having access to critical information, many senior company officials will trade in shares, such as selling their ESOPs, for personal reasons, regularly. It is not against the law, according to SEBI regulations, for such transactions to be disclosed to stock exchanges. It’s still required for a company to notify the stock exchanges within days if securities worth more than 10 million rupees are traded by one of its promoters or members of the promoter group.

The integrity of the capital markets is harmed by insider trading. Symmetric information level the playing field in the stock market because it allows investors to compete against each other in the interpretation and analysis of events. Trading on UPSI, on the other hand, gives insiders a leg up on the general public. Individual investors, many of whom may have spent considerable time and effort selecting stocks for investment, may lose a trade. If investors, both regular retail and foreign investors, suspect insider trading to be rampant, they lose faith in the stock market. To curb the consequences, insider trading is dealt with firmly.

In the history of Insider trading in India, some of the notorious violations under the nose of SEBI include scams are Harshad Mehta (1991), Ketan Parekh (2001), IPO Demat Scam (2005), Satyam (2008), Sahara India Pariwar Investor Fraud (2010), Saradha Group Financial Scandal (2013), NSEL Scam (2013), and PACL Ponzi Scheme Scam (2014). Many issues and concerns have arisen due to the rise in fraudulent financial practices in the Indian capital market. Source.

Now the question is, how did so many violations take place, and how did SEBI fail to nip them in the bud? Well, one can always blame SEBI’s intel that relied on tips and information from exchanges and market intermediaries to investigate white-collar crimes. Regulators and lawyers said front running and insider trading violations have always been difficult to prove in the absence of direct evidence in most cases.

According to SEBI Annual Report 2021, SEBI has resorted to technology. SEBI is now leveraging Big Data & Artificial Intelligence (AI) to trace call records, bank transaction links and even social media connections as evidence to nail wrongdoers. With tailor-made algorithms building correlations between entities and individuals like never before, SEBI has been able to strengthen its case. It has also created an alert that builds a suspect library to nab repeat offenders.

Well, this is 2022; how far has SEBI successfully leveraged Big Data & AI to call the shots? While financial criminals are mostly the insiders, there are too many loopholes that the technology has imbibed so far. However, the issuance of a demand notice of INR 2.05 CR to Anand Subramanian, the ex-Group Operating Officer of the National Stock Exchange (NSE), in a case related to governance lapses at the exchange, is a great leap for humanity (read: SEBI and its investors). Read SEBI’s move on the insider trading fiasco of Anand Subramanian & Chitra Ramkrishna (wife & former CEO of the National Stock Exchange) on Money Life.

But for desserts, we have something worse than bitter; the Indian judiciary has not validated SEBI’s manner of inferences on most issues since the Internet is only a component of the secondary data sources under evidence law. If the judiciary is unable to trust technology, the question is; how are foreign investors going to trust India anyway?