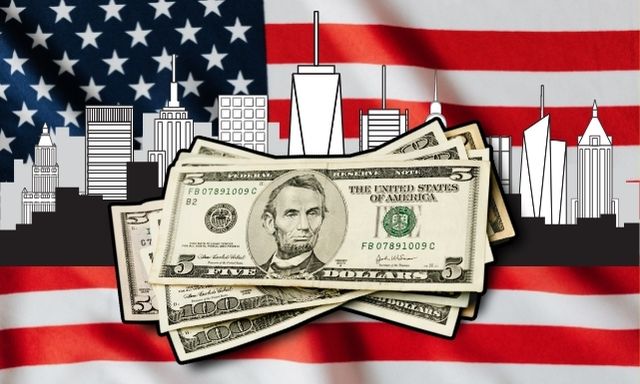 Governments have undermined financial privacy for decades, but it seems as if officials have increased their efforts as of late. The European Union voted in favor of outlawing anonymous transactions in cryptocurrency, Canada’s prime minister chose to freeze the bank accounts of protestors, and the US Congress was considering expanding financial surveillance by the Internal Revenue Service to all bank accounts with $600 of annual activity. And all of that has taken place in just the last six months.

In one such initiative, the US House of Representatives has pushed for a digital dollar, unlike the traditional dollar bill. Representatives Stephen Lynch (D‑MA), Jesús Garcia (D‑IL), Ayanna Pressley (D‑MA), Rashida Tlaib (D‑MI), and Alma Adams (D‑NC) introduced the bill as another option in the ongoing digital currency debates; the Electronic Cash And Secure Hardware (ECASH) bill that would be available to all Americans.

What is the ECASH Crypto Alternative?

The ECASH Act defines ECASH as a financial instrument that implies-

1. American public can use ECASH as a Legal Tender issued by the US Treasury, not included in calculating public debt subject to a debt ceiling limit.

2. People of America can use ECASH as a Bearer Instrument that can be owned, held, used, and distributed in full public confidence via secured hardware devices capable of instantaneous, final, direct, peer-to-peer, offline transactions. The ECASH doesn’t require the intervention of a distributed ledger or any approval or validation by the US Government or any third party as a payment processing intermediary.

3. The Interoperability of the ECASH has been audited to work smoothly with all existing financial institutions and payment provider systems. The ECASH is now accepted as a standard payment through all network protocols and honored in public payments programs and for the purchase of public banking products.

4. The design and administration of ECASH replicate the anonymity and privacy-respecting features of physical cash. As account-based monies do, it is classified and regulated similarly to physical currency and immune to third-party exemptions.

5. People with low incomes and limited access to the internet or telecommunications networks are guaranteed equal access to the resources they need by creating this program.

The ECASH Act categorically informs that ECASH is NOT.

1. A CBDC (Central Bank Digital Currency). The Treasury, not the Federal Reserve, issues ECASH, and therefore the digital dollar is not a CBDC.

2. ECASH is designed to work in tandem with other digital public finance systems, such as CBDCs, FedAccounts, Postal Banking, and Public Banking. ECASH is not intended to replace any of these other systems.

How does ECASH Benefit?

ECASH by the US Treasury combines the “privacy-respecting feature of physical cash” with the advantages of digital currency. Congressman Lynch claims that ecash will have minimal transactional data-generating characteristics to ensure anonymity in peer-peer transactions. ECASH has additional advantages, including data privacy and consumer protection:

Investors on ECASH by the US Treasury

Janet Yellen, the US Treasury Secretary, has changed her mind about cryptocurrencies. Yellen, a long-time critic of crypto, has acknowledged that the emerging asset class has some advantages. There is no denying that cryptocurrency has grown tremendously and now playing a significant role in influencing American investments, she admitted.

Yellen isn’t the only one in this situation. Digital currency is being tested in nearly 90 countries worldwide, including India. Some movement has been toward digital currencies, such as CBDC introducing the ECASH bill. An exciting concept is an ecash, which addresses the CBDC’s biggest flaw: the lack of privacy.

The cryptocurrency market has benefited from this trend and other factors, such as Russia’s intention to accept Bitcoin for oil and gas payments. First time the total crypto market cap has crossed $2 trillion. Other popular cryptocurrencies such as Ethereum have also seen significant price increases in the last few days.