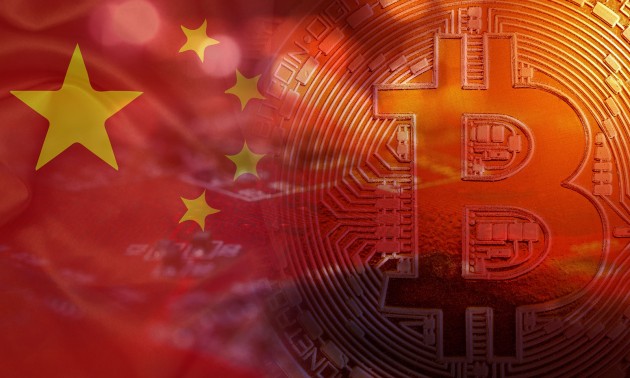 On Friday, September 24, 2021, China’s most powerful regulators went a step further by issuing a blanket ban on all cryptocurrency transactions and crypto mining, hurting bitcoin and other big coins, squeezing the whole cryptocurrency and blockchain ecosystem influencing the value of major cryptocurrencies.

Ten government organizations, including the People’s Bank of China and the central bank, together with banking, securities and foreign exchange regulators, have agreed to work together to root out “illegal” cryptocurrency activities for the first time.

According to George Zarya, CEO of Bequant crypto exchange in London, China often takes drastic measures with claims of threats or countermeasures but then goes completely radio silent for some time. He openly stated that China would not assist cryptocurrency market development in any way, shape, or form since doing so would go against their current objectives of limiting capital outflow and big tech.

In the interest of making sure cryptocurrencies do not circulate as traditional currencies, China’s central bank has declared that both online exchanges and over-the-counter (OTC) trading of digital currencies such as Bitcoin are off-limits for Chinese investors. The PBOC’s ruling means popular services such as Coinbase (COIN.O) and Binance (BINANCE.com) cannot offer services to mainland customers via the internet.

To deter these financial institutions, payment companies, and internet corporations from enabling cryptocurrency trading nationally, the PBOC excluded these entities from the financial market.

In a statement published by the People’s Bank of China (PBOC), the Chinese government said that it will “stringently crack down on virtual currency speculation, related financial activities, and bad behavior in order to safeguard people’s properties and maintain the country’s economic, financial, and social order.”

To say that Bitcoin, the world’s largest cryptocurrency, had a 6% decrease due to bad news would be a generous understatement; it had lost almost 10% in value on the news.

Other, less popular cryptocurrencies, such as smaller coins that often rise and fall in unison with bitcoin, fell as well. XRP declined approximately 10%, while ether decreased by the same amount.

According to Friday’s announcement, since China has taken steps to limit financial system risks, the country’s State Council, or cabinet, promised in May to crack down on bitcoin mining and trade.

Cryptocurrencies had a big downturn as a result of that threat. As part of the junior levels of government, many provincial governments and sub-national governments created certain specialized cryptocurrency regulations.

For the first time, though, China’s most influential regulators have made a clear declaration about the future of the Chinese cryptocurrency market, confirming the country’s commitment to doing so.

Many in the business were hopeful that the pressure imposed by the May crackdown would be short-lived and that following the 100th anniversary of the Chinese Communist Party in July, the strain would relax.

Joseph Edwards, head of research at cryptocurrency broker Enigma Securities in London, stated a sense of panic in the air. He informed that as China bans crypto, crypto trading shares are affected along with the value of cryptocurrencies and blockchain-related companies.

As China bans crypto, the NDRC (The National Development and Reform Commission) is now undertaking a nationwide cleaning of cryptocurrency mining. According to NDRC, crypto does add no value to China’s economic growth, contributes to risk, uses a large amount of energy, and impedes efforts to achieve carbon neutrality.

As China bans crypto, NDRC will coordinate with other federal authorities to ensure that the mining operation would be completely shut down if the financial backing and power are turned off for mining. Additionally, the federal agency recommended that state and local governments compile a timeline and roadmap for addressing this type of activity.