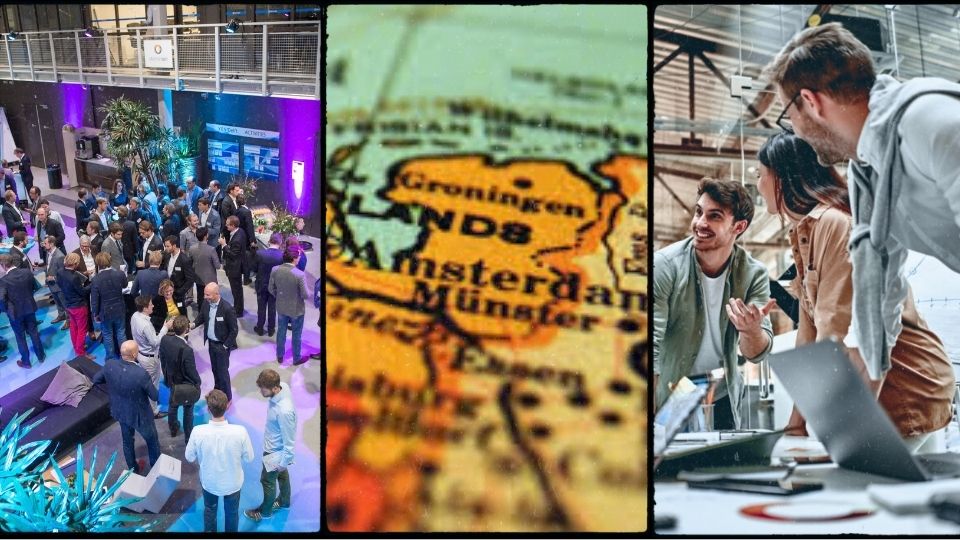 The EU is experiencing a massive revolution spearheaded by several GreenTech startups on a mission to reduce greenhouse gas emissions and mitigate environmental damage. To create a better future, here are six Netherlands-based Greentech startups developing new products and services to hold the future from breaking at the seams. These Netherlands-based Greentech startups have come a long way with little to negligible funding to make the world greener and better.

Nijmegen, Gelderland, The Netherlands-based SolarNow, a Certified B Corporation, provides solar energy and financing solutions in East Africa through its subsidiary. SolarNow was founded in 2011 by Willem Nolens on the belief that everyone should have access to clean, affordable, and reliable energy. It offers solar home systems, electrical appliances, and power solutions designed to fit the needs of rural and urban households, entrepreneurs, and institutions. SolarNow has won the people’s choice award for the category of “Consumer choice solar power service provider for the whole country of Uganda.” On June 12, 2019, The company won a $145K USAID grant under the USAID’s de-risking pay-as-you-go solar home systems in Uganda refugee settlements program.

Amsterdam, Noord-Holland, The Netherlands-based Dott offers dock-less, shared electric scooters and bikes as alternatives for short-distance travel. Among other Netherlands-based Greentech startups, Dott has been chosen as one of only three companies authorized to operate e-scooters in London. It officially launched its latest e-scooter generation in Tel Aviv, intending to offer an affordable and safe service for all of the most attractive e-scooter markets worldwide. It’s Dott’s first expansion outside the continent. Dott recently launched its second operational center in Brussels. On Apr 20, 2021, the company raised series-B funding of $70M from Sofina, Estari Group, Prosus Ventures, McRock Capital, Expon Capital, and six others. On Jan 21, 2022, the company added another $70M to this round raised from Aberdeen Standard Investments, EQT Ventures, Prosus Ventures, and Sofina.

Amsterdamsche Veld I, Drenthe, The Netherlands-based Dexter is an AI and cloud-based technology platform for forecasting and dispatching solutions that increases efficiency and reduces cost. Dexter was started in early 2017 by Luuk Veeken to use machine learning to improve the electricity system. Dexter clarified its mission: Helping energy companies lead toward a cleaner and affordable energy future by offering data analytics and forecasting services. The company’s software predicts energy supplies and demands, and market movements, so companies can easily optimize their renewable electricity production and consumption. On Mar 18, 2021, the company raised a Series A funding of €2M from Newion and PDENH.

Amsterdam, Noord-Holland, The Netherlands-based Bringly is a Logitech startup that enables omnichannel merchants and e-commerce with a sustainable and Same-Day delivery solution. The company’s Ship-from-Store service enables the company’s network of bicycle couriers and electric vehicles to deliver packages to customers on the same day and in a CO2-free manner from physical stores. Bringly was founded in 2019, currently operating in more than 100 cities with 3500+ onboard couriers. Recently Bringly expanded its same-day delivery service in Germany for new retailers and web shops. According to Bringly, It has saved 27.3M CO2 emissions to date. Bringly is backed up by Ponooc, Shamrock Ventures, and Asif Ventures.

Amsterdam, Noord-Holland, The Netherlands-based Fairphone is a social enterprise set to build the world’s fairest and most sustainable phone. In 2010 Started as an awareness campaign about conflict minerals. In 2013, Fairphone became an independent company and launched a movement for fairer electronics. According To the company, there are about 100,000+ fair phone owners/users. Fairphone has won several awards over the past few years, including the German Environmental Award 2016, Lovie Emerging Entrepreneurs 2016, European Business Awards for the Environment (EBAE) 2016, Sustainia 2014 Community Award, etc. On Dec 18, 2018, the company raised an amount of €13M in Debt Financing round from the Dutch Good Growth Fund and ABN AMRO Fund.