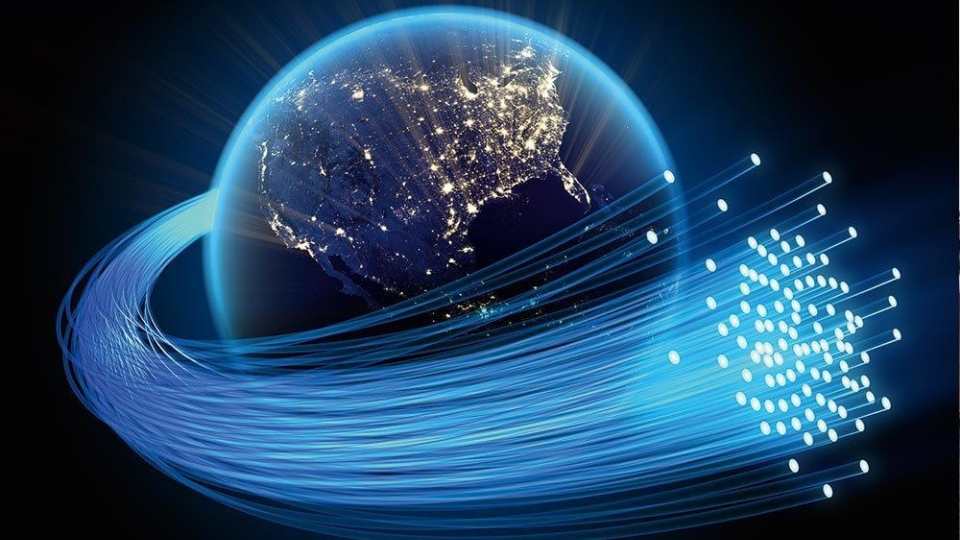 The invention of the Internet was meant to empower the world by offering everybody a voice and unifying the political, business, and social playing fields. Currently, 4.6 billion people utilize the Internet, transmitting huge amounts of data across the Internet. It has connected the world while narrowing national, social, and economic boundaries. The Internet has opened the door to a digital world by establishing an alternate realm. An environment in which social conventions are changing. Indians now have access to 4G internet at the world’s cheapest rate of around Rs 20 per GB of data. There are over 600 million Indian internet users, the second biggest in the world.

While India dreams to deliver 5G to the country, the rest of the globe is heading towards 25G. Proximus, a Belgian operator, claims to have set a world record by launching a 25G passive optical network (PON) in Antwerp in partnership with Nokia. PON has primarily been utilized to supply residential services, with some business and mobile macro cell services thrown in for good measure. Fiber to the home (FTTH) is being transformed into fiber to everything (FTE). In reality, fiber has the potential to play a critical role in linking consumers, businesses, and communities, as well as driving 5G.

Fiber networks are quickly establishing themselves as the backbone that supports the entire telecommunications sector. Fiber networks must continue to develop. They are faster, smarter, and more cost-effective. Nokia introduces the industry’s first symmetrical 25G PON solution, allowing you to increase broadband capacity and gain a competitive edge. It is built on the Quillion Chipset and is compatible with the widely used Nokia fiber platform, allowing for a seamless launch. As a result, when you implement Nokia’s next-generation platform, it already supports 25G PON.

The Five Features of 25G Internet

It uses basic features and utilizes a huge ecosystem of optical technologies.

25G PON has a huge symmetrical broadband capacity that will propel PON networks to new extremes.

No alterations to the exterior plant are required. On the same PON, it coexists with current GPON and XGS-PON technology. The Nokia solution might even use the current OLT and line card hardware.

Allows network operators to swiftly extend the range of their existing fiber assets and take advantage of approaching prospects.

PON evolution is a never-ending process. Although the industry is preparing for 25G PON, work on network evolution began years ago. Nokia is one of the leading tech companies that is looking to standardize 50G PON. However, commercial implementation is still 8–10 years away.

However, the 25G network is a distant dream for India. It’s been over two years since India planned on introducing 5G. The fifth-generation (or 5G) of long-term evolution (LTE) mobile data services is the most recent upgrade. 5G primarily operates across three bands: low, mid, and high-frequency spectrums, each with its own set of pros and cons. In 2018, like the rest of the world, India had intended to launch 5G services as soon as possible. The idea was to avail the advantage of improved network speeds and strength that the technology promised. However, a major stumbling block is a lack of cash flow and enough capital.

Reliance Jio Infocomm, Bharti Airtel, and Vi have all urged the Department of Telecommunications (DoT) to lay out a roadmap for spectrum allocation and 5G bandwidth so that they can prepare their network rollouts effectively. Recently, Reliance Industries announced, in the second half of this year, Jio hopes to deploy an indigenously developed 5G network. The industry leader claims to have developed a comprehensive end-to-end 5G solution ready for launch once the networks are in operation. But the question at hand remains, is India ready for the 5G revolution, let alone the introduction of 25G?

Other countries had already begun the testing process for 5G when we celebrated the 4G network launch. Some parts of India are still unable to make use of 4G technology. It could be due to various factors, including growing internet usage among the general public or poorly constructed networks.

It’s okay to dream big (5G network), but it’s also vital to execute the task at hand efficiently (4G network). All Indian telecommunication companies first need to establish functional 4G networks at every nook and corner before jumping on the 5G bandwagon.