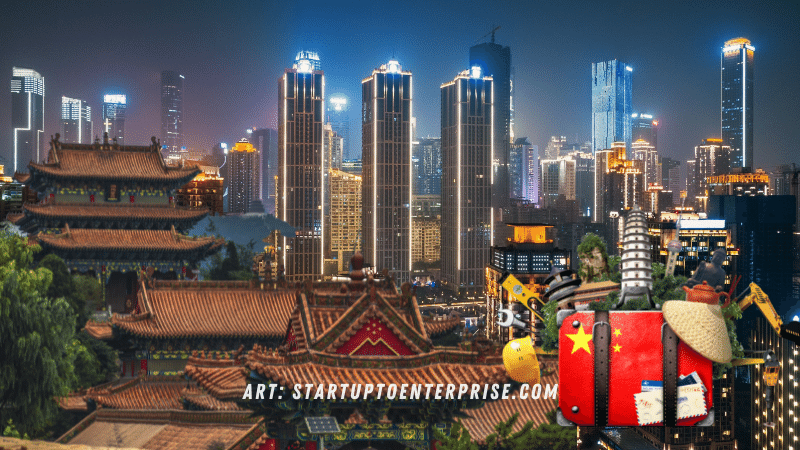 Could the current real estate crisis of China led by the Evergrande Group be a mutation of the United States subprime mortgage crisis? Many, including India’s Uday Suresh Kotak of Kotak Mahindra Bank, have compared China’s real estate behemoth the Evergrande Group’s collapse to Lehman Brothers.  The world’s stock markets, including those in India, are on pins and needles. The early gains made by the Indian indices were partially eroded on Tuesday, September 21, 2021, due to a downturn in global markets led by China Evergrande Group (HKG: 3333) and Evergrande Property Services Group Ltd (HKG: 6666).

Historically, Evergrande Group has been one of China’s most successful real estate developers, with sales ranking as high as second. The Fortune Global 500, ranking the world’s 500 largest companies by revenue, placed it at 138th place in 2019. For the first time in the company’s history, sales in 2013 exceeded 100 billion yuan ($15.5B). It also saw an average annual growth rate of 30% from 2010 to 2014. According to the company’s annual report, it reported approximately $19B in gross profit in 2020, with a net profit of around $5 billion.

Under the Weather: Evergrande Group

According to media analysis, Evergrande Group went under the weather with borrowing, contract liabilities, trade payables and current and deferred income tax obligations. According to the company’s financial filings, it owes around $304 billion. In addition, the company stated that some property development payables were past due, and as a result, some projects have been put on hold.

Also of note, in a statement released on September 14, the company stated that it “expects significant continuing decline in contract sales in September,” which will lead to “continuous deterioration of cash collection by the group,” which will put tremendous pressure on the Group’s cash flow and liquidity.

On September 14, the Chinese real estate giant announced that it is considering selling assets and is in talks with potential investors, but it also said that their sales talks had made no significant progress so far. There is no legally binding agreement with any investor yet. Furthermore, the sale of its Hong Kong office building was not completed in the stipulated time frame. Two of its subsidiaries failed to discharge their guarantee obligations as scheduled for the wealth management products issued by third parties at a stake of $144.5M.

In the latest development, Evergrande agreed to pay Shenyang’s government 10B yuan ($1.55B) for a 20% stake in the bank in exchange for the bank demanding that all proceeds be used to settle debts with the lending institution. Although Evergrande’s massive debts to bondholders and homebuyers are unlikely to be reduced by the sale, Shengjing Bank’s stock rose 1.4% on Wednesday in Hong Kong as a result of the agreement. Evergrande’s stock fell 4% on the day, capping a three-day winning streak.

Currently, Evergrande Group’s shares are trading at around HK$2.20, a fraction of their former value. To indulge in some nostalgia, the company had its glorious past in 2017 when its stock value rose from about HK$5 to nearly HK$32. The founder of Evangrande, Xu Jiayin, became one of the wealthiest businessmen in Asia. With rough tides on their stride, Evergrande registered a steep fall post-July 2020, and we speculate if the pandemic was the last nail in the coffin.

Market insights suggest that in July 2020, the stock reached a high of HK$25.80 before dropping to HK$15 by the end of 2020. The stock price has dropped by almost 85% this year, or about HK$12 per share. The rate of decline has accelerated recently, with the stock price falling by nearly 50% in the last month.

Standing Impression of the Evergrande Crisis

In a volatile session on Tuesday, most of the leading equity benchmarks fell due to worries about Evergrande Group and the subsequent impact it could have on China’s economy, the world’s second-largest, as well as the global economy as a whole. While some markets have recovered some of their losses, the underlying tone is still shaky.

Chinese government bailout speculation has investors wondering if the company’s demise will have repercussions across the globe. It must be noted that China purchasing a stake in Shengjing Bank is also an indirect measure to contain the crumbling Evergrande passively boosting the investor portfolio of the bank and the likes of Henry Cheng (Chairman of New World Development HKG:0017), “Shell King” Paul Suen, Karen Lo (Scion of the soy-milk dynasty), Cheung Chung Kiu of C C Land Holdings Ltd (HKG:1224), etc.