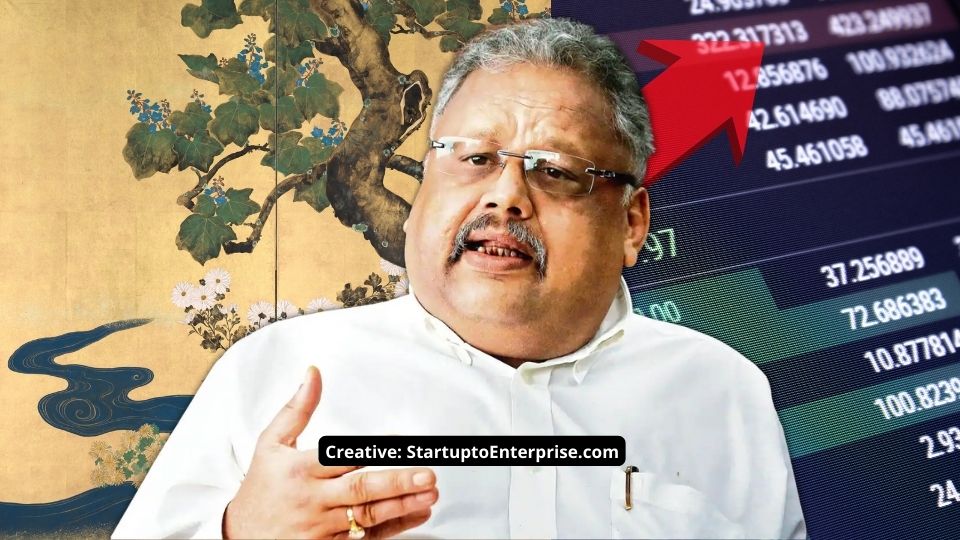 Rakesh Jhunjhunwala remains bullish on domestic stock markets even as Dalal Street, along with global peers, faces multiple headwinds. In an interview with CNBC TV18, the ace investor Jhunjhunwala who just entered the aviation space with Akasa Air, asserts that domestic stock markets will grow regardless of global developments. Despite his continued support for Indian markets, he predicted Dalal Street’s expansion would be slower than expected.

The ace investor is one of the most vocal proponents when investing in India. Talking about spaces he believes could do well in the future, Rakesh Jhunjhunwala said that PSU banks are his bet as he thinks credit will rise, and the consequence will be an increase in banks’ pricing power. The power of PSU banks gathering deposits is his betting rationale. In his portfolio, Rakesh Jhunjhunwala holds Canara Bank stock worth around Rs 800 crore of 2%. Other financials in the big bull’s portfolio are private sector lender Federal Bank and Karur Vysya Bank.

The ace investor Rakesh Jhunjhunwala also revealed his interest in the hospital sector as it is a very important element, and if health insurance goes up, then hospital utilization will go up, and it is difficult to run hospitals. His confidence in the hospital sector is evidenced in his 4.2% stake in Fortis Healthcare at the end of June 2022 and Star Health and Allied Insurance Company.

With India’s successful auction of the 5G spectrum and Reliance’s Jio owning the majority of bandwidth, Jhunjhunwala doesn’t seem to be interested in the telecom sector. However, he sounds positive about India’s pursuit of the digital revolution and growth in the IT space. He is also positive about the sector’s potential while highlighting the role of Reliance Industries Chairman Mukesh Ambani in enabling low-cost communication.

The reason Jhunjhunwala chooses to stay away from investing in the sector as it requires constant investment with no true cash generation. He said in the interview that the IT services space would grow 10-15% over the next five years regardless of the recession.

On launching Akasa Air, Jhunjhunwala explained his bet on the aviation sector, saying that India will need 2.5 times the aircraft it has now as passengers grow from 14 crores to 40 crores in the next four years, a prediction made by the Civil Aviation minister. The man believes that as incomes in India increase, discretionary spending will increase and aid in the sector’s growth, with Akasa Air being a competitive airline.

One thing that Rakesh Jhunjhunwala particularly classified about Akasa Air is that it is a frugal airline, not a low-cost one. He mentioned the airline’s impact on the aviation industry, prompting his competitors to order new chairs in response to the chairs on Akasa flights.