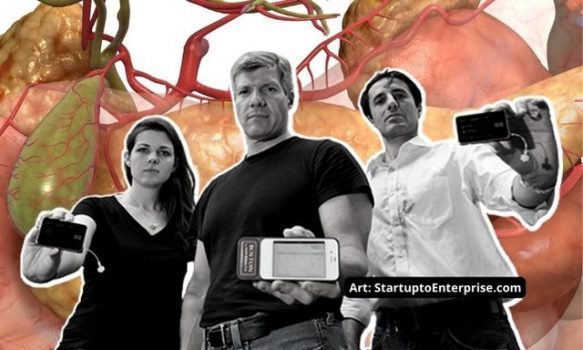 Type 1 Diabetes, often known as juvenile or childhood-onset diabetes, needs daily insulin delivery because of the low insulin production. Patients may have polyuria (excessive urination), polydipsia (increased thirst), continual hunger, weight loss, visual problems, and weariness due to their condition. The onset of these symptoms might be rapid.

People with Type 1 Diabetes and their families experience immense cognitive load and emotional burden in the unequal healthcare system worldwide. According to the US-based public welfare healthcare startup, BetaBionics, 80% of people with diabetes live with uncontrolled blood glucose and are always at a risk of unprecedented healthcare complications.

It is increasingly difficult to achieve consistent glycemic control in Type 1 Diabetes. Besides fluctuating blood sugar levels, add in the 42 factors that affect blood glucose levels, such as stress and weather. These explain how big a burden the data and decision-making overload can be. It is a constant battle to control the uncontrollable for people with Type 1 Diabetes and their caregivers.

In recent years, technology for Type 1 Diabetes has advanced. But, sadly, the advances only serve the few like those who think like high-tech engineers, the wealthy or even those who are lucky enough to live in a zip code with specialist help and advice. The scale of the problem makes the struggle clear.

Here, Beta Bionics is a for-profit, public benefit corporation and Certified B Corporation™, working on an innovative Type 1 Diabetes technology to improve health outcomes and the quality of life of children and adults living with the disease and other conditions of glycemic dysregulation. With a focus on the community with diabetes, the US-based startup has what it takes to make a real-world impact without calling it a charity.

Beta Bionics has developed a bionic (electromechanical) body part: the pancreas, the organ that produces insulin and plays a major role in regulating blood glucose levels. Type 1 diabetes occurs when the pancreas does not make enough insulin. Beta Bionics has named the device the iLet Bionic Pancreas System, an investigational device limited by US law to investigational use only and not for sale.

The iLet is a pocket-sized, wearable investigational medical device designed to determine insulin dose and/or glucagon autonomously. Designed as a wearable insulin pump, iLet users need to enter bodyweight to initialize therapy. Patients do not need to set any insulin regimen parameters. The iLet will automatically infuse insulin and/or glucagon without requiring the user to count carbohydrates, set insulin-to-carbohydrate ratios, set basal insulin rates, correction factors, or deliver bolus insulin for meals or corrections. iLet by Beta Bionics is designed for people with Type1 Diabetes and healthcare providers with no access to subspecialists.

Based in Massachusetts and California, Beta Bionics was founded in 2015. On February 17, 2022, the startup raised $57M in Series C funding from 9 investors led by Eventide Asset Management, Farallon Capital Management, Perceptive Advisors, RTW Investments LLC, and Soleus Capital. In January 2019, the company closed a Series B equity funding of $63M from Perceptive Advisors and Soleus Capital, among others. In the initial stages, it got crowdfunded for shares from WeFunder.