Not the first-ever, but the news is that on June 28, 2021, Klein Vision’s patent-protected AirCar completed its 142nd successful landing in Bratislava, Slovakia, at 6:05 AM. AirCar executive informed that the dual-mode car-aircraft completed a 35-minute flight from Nitra international airport to Bratislava in a major milestone. The investor of AirCar, Professor Stefan Klein and co-founder, Anton Zajac, took the test flight, and on landing, it converted into a sports car.

“The automated transition from road vehicle into an air vehicle and vice versa, deploying/retracting wings and tail is not only the result of pioneering enthusiasm, innovative spirit and courage; it is an outcome of excellent engineering and professional knowledge,” said Dr. Branko Sarh, Boeing Co. Senior, Technical Fellow. Additionally, he hailed Professor Stefan Klein as “the world leader in the development of user-friendly Flying Cars.”

The air-car that completed its test drive is the AirCar Prototype 1, which by design has the heart of a 160HP BMW engine with a fixed-propeller and a ballistic parachute. With 40 hours of test flights, steep 45 degree turns, and stability and maneuverability testing, AirCar has fulfilled the requirement of the Civil Aviation Authority.

According to Professor Klein, “This flight starts a new era of dual transportation vehicles. It opens a new category of transportation and returns the freedom originally attributed to cars back to the individual.” Additionally, Co-Founder Anton Zajac said, “AirCar is no longer just a proof of concept; flying at 8,200ft at a speed of 100kt, it has turned science fiction into a reality.”

Did we say that “Not the first-ever“? Is AirCar the first flying car? No! Robert Dingemanse and John Bakker founded the PAL-V (Personal Air and Land Vehicle) in 2008. On April 2, 2012, the Dutch company PAL-V tested its flying car PAL-V in a unique proposition of door-to-door mobility. PAL-V flying range is between 350 (220 miles) and 500 km (315 miles), while the driving is about 1200 km (750 miles) at a speed of 180 km/h (110 miles/h) both on land and in the air. Originally, PAL-V flew on gasoline with proposed versions to run on biodiesel or bio-ethanol. 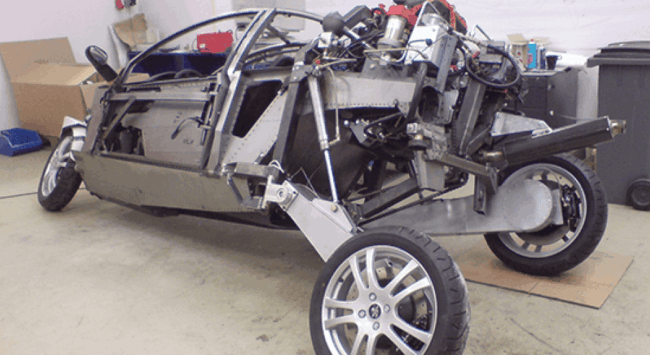 When PAL-V crafted its prototype of a flying car in 2008, they built it on the Carver One chassis structure to test and further refine the tilting system for the PAL-V. Developing the Carver tilting system was to counter the high center of gravity on the road. This Dynamic Curve Stabilizer System ensured the road safety of the ‘roadable gyroplane.’ It is worth noting that although PAL-V was incorporated in 2008, it started as a seed as early as 1999. Ever since every year, PAL-V kept gaining new milestones.

Finally, on October 28, 2020, PAL-V Liberty was the first to hit the road with European road usage approval. After road approval, on February 23, 2021, PAL-V Liberty got certification from EASA (European Union Aviation Safety Agency) to be the first flying car in the history of humanity. PAL-V worked with EASA to fulfill over 1,500 criteria to make the certification of PAL-V a reality. Even after this, there are formalities before consumers grab their key.

ASKA™, another flying car company located in Los Altos, Silicon Valley, is the first among flying car showrooms. As far as the flying car is concerned, ASKA™ has started accepting a limited edition ASKA™ flying car for $789,000 with a deposit of $5000.00 to secure their place on the preorder list. The cost factors in VIP services include Pilot License training, Customized interior/exterior design, and a Personalized license plate. The ASKA™ is targeted for delivery in 2026, pending standard regulatory approval and certification.

While Slovakia, the Netherlands, and Silicon Valley gear up with AirCar, PAL-V Liberty, and ASKA™, respectively, India has started working in achieving flying cars for the roads of India. In India, Vinata Aeromobility from Chennai is planning to raise funds. The company is currently working on 30 Kg Cargo UAM and the Initial Prototype of flying cars for 2022. For India to have its flying car, as of today, is expected around 2035. One thing is sure that Vinata Aeromobility will be the first to help Indians avoid the infamous monsoon potholes.