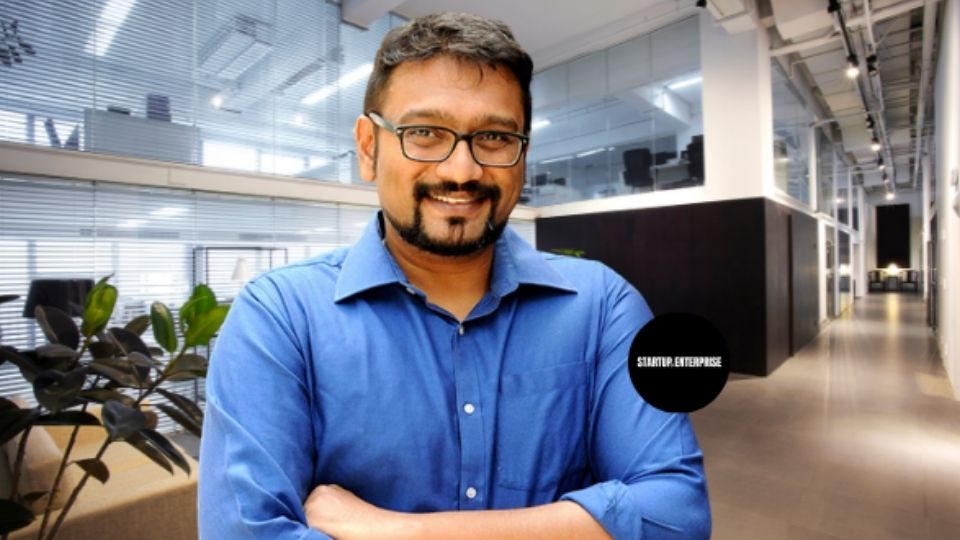 In recent years, the Indian startup ecosystem has exploded in popularity due to large funding, consolidation efforts, developing technology, and a rising local market. From over 3,000 startups in 2014 to a projected more than 11,000 by 2020, the data show that this is not a modern phenomenon. Here we have Aprameya Radhakrishna, a successful entrepreneur who has seen it all. He is right from working for someone else to developing three startups and being his boss – unfolding Aprameya Radhakrishna’s story.

Radhakrishna graduated from the National Institute of Technology (NIT) in Karnataka with a Bachelors’s degree in Engineering in Electronics and Communication. He holds an MBA degree from the Indian Institute of Management(IIM), Ahmedabad, in General Management. Co-Founder and Chief Executive Officer of Koo App, Radhakrishna is also an Angel Investor. Before this, he was the Head of Business Development at TaxiForSure.com, where he was the Founder and Director.

A business idea brewed over a drunk session at a bar, ‘TaxiForSure’ had a four-year run from 2011 to 2015, providing around five million taxi rides. It started with an investment of Rs 8 lakhs and grew to a size where it had a turnover of Rs 1,200 crores. A project that began with only 5 to 10 cabs in one city grew into an empire with 40,000 cabs in over 40 cities across India. TaxiForSure has serviced approximately 4 million delighted customers.

However, following the 2014 Uber rape case in the capital city, Delhi, TaxiForSure’s founders, Aprameya Radhakrishna and Raghunandan, were compelled to make the difficult decision to sell the company to its competitor, Ola cabs, for $200 million. Aprameya and his co-founder, Raghunandan G, worked as advisors to Ola after the acquisition but eventually opted to leave. They quit their respective jobs and left with a 0.8 percent stake in Ola shares, worth around Rs 120 crores.

Radhakrishna became an angel investor and a startup consultant to stay relevant in the startup ecosystem. After the loss of TaxiForSure, he invested in 12 enterprises within a few years, including Goodbox, Unacademy, Vyomo, Daily Ninja, and YourDost. Usually, his investments range between four to ten lakhs. When it comes to investing in businesses, he has four simple rules:

Radhakrishna went from selling TaxiForSure to working for the next billion with Vokal, a peer-to-peer information-sharing platform he co-founded with Mayank Bidawatka in 2017. Vokal, situated in Bengaluru, has grown from zero to two million active users since its debut. The founders, who consider that country’s economic inequity stems primarily from a “knowledge disparity,” hope to create a level playing field for India through Vokal, an Indian language question-and-answer platform for non-English speakers.

Following the success of Vokal, the team designed a new plan to become a voice for many Indians who wish to express themselves in their native tongue. In 2020, Aprameya Radhakrishna and Mayank Bidawatka created Koo App, an indigenous microblogging platform. When Koo App won the Digital India Atmanirbhar Bharat App Innovate Challenge and Google Play Store’s Daily Essential App 2020, it shot to fame. Aprameya and his colleagues hope to reach every Indian through the Koo App by using native Indian languages. They also help to encourage people who do not speak English to exercise their right to free expression.

By the end of 2021, the app expects to have 100 million users. During the recent conflict between Twitter and the government, the local microblogging network in Indian languages rose to prominence. Many key politicians and government agencies have signed up for the site, which they use to share updates daily. Koo has raised $30 million in the Series B funding in a new round to fund Koo’s engineering, product, and community activities in all Indian languages. The platform had previously raised $4.1 million in Series A funding.

From an entrepreneurship point-of-view, whether you favor Koo or not, Aprameya Radhakrishna’s journey is a grand feat whether Twitter cares to acknowledge him as a notable person or not. His strategic mindset and eye for the opportune moment are telling of serial entrepreneurship. Whatever the future has for Aprameya Radhakrishna, we see him among the product pioneers of India, which is a stereotype as a service industry so far. Conclusively, we hope that Koo develops its Artificial Intelligence and Machine Learning to filter the garbage of the platform and make it more human-centric than the footprint of the saffron.