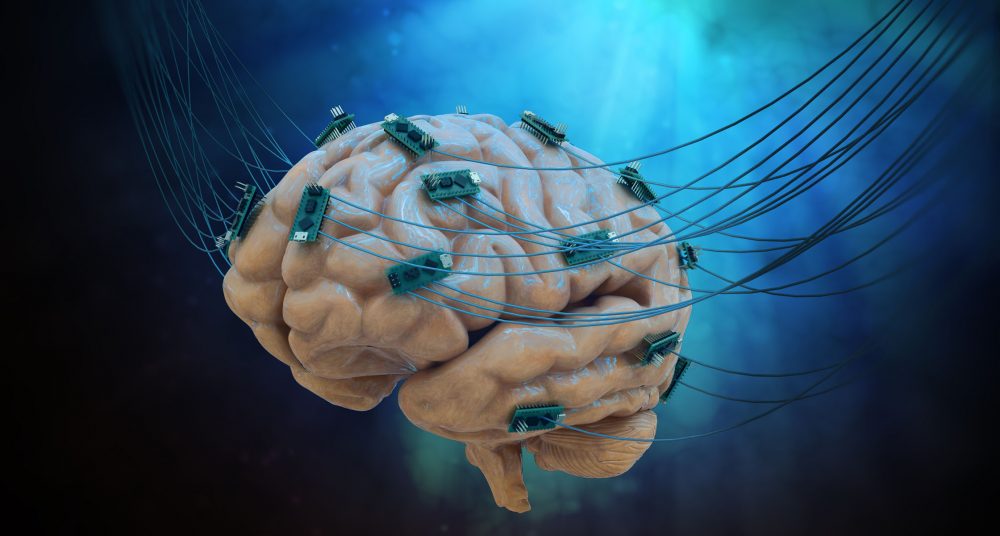 Researchers at the University of California, San Francisco (UCSF) have developed a breakthrough in reinstation voice in a paralyzed person. The new technique is called “speech neuroprosthesis” that on trial enabled a man who has speech paralysis to communicate in sentences effectively. The Speech Neuroprosthesis is an implant that translates brain signals to the vocal tract into words that write on a screen.

The Speech Neuroprosthesis is a commendable achievement of efforts harnessed over a decade by UCSF neurosurgeon Edward Chang, MD. The technology has been approved through a successful clinical trial helping a man with speech paralysis, unable to speak independently, now express on a digital screen via the brain transplant. Research has appeared on July 14, 2021, on the UCSF website publishing research news.

Science has been chasing the human mind for centuries. For ages, scientists have been fighting tooth and nail to decode the human brain. While this breakthrough in speech paralysis through Speech Neuroprosthesis is not about decoding the elusive dreaming mechanism, it is a powerful demonstration of science capturing brain activity in the most impactful way.

According to Dr. Chang, “To our knowledge, this is the first successful demonstration of direct decoding of full words from the brain activity of someone who is paralyzed and cannot speak.” Senior author on the study, Joan and Sanford Weill Chair of Neurological Surgery at UCSF, Jeanne Robertson Distinguished Professor, believes that the technology will restore communication by connecting with the brain’s natural speech machinery.

Earlier, communication neuroprosthetics focused on spelling-based approaches to type out letters one-by-one in text. But in this new development, Dr. Chang’s focused on speech-muscle controlling signals. His team focused on how a person could wholly articulate in a sentence. The new development has advanced from monitoring hand-movement signals that enable typing.

Globally, thousands of people lose the ability to talk owing to several conditions such as but not limited to stroke, accident, or disease. Dr. Chang’s Speech Neuroprosthesis approach taps into speech’s natural and fluid aspects and promises more rapid and organic communication. As development continues, his approach, as described in this study, could soon restore normal communication among those affected by speech paralysis.

In the conventional spelling-based approach, articulation takes a longer time. In general, typing or writing processes a lot more time than speaking. Patients affected by speech paralysis are forced to write, and those who are fully paralyzed have to work too hard to follow the spelling-based approach. With Speech Neuroprosthesis, patients affected by speech paralysis or fully paralyzed have equal opportunity to express.

Patients at the UCSF Epilepsy Center volunteered to help Dr. Chang and his team record their brains’ speech patterns using electrode arrays. A good outcome encouraged the new trial with people with paralysis. So, at the UCSF Weill Institute for Neurosciences, Chang and his colleagues mapped the cortical activity patterns connected to the vocal tract producing consonants and vowels, which Dr. David Moses studied to recognize in words through statistical modeling of the language improved accuracy.

Since the study began with volunteers with epilepsy but who could talk, there was no guarantee of any success with decoding complex human speech mechanisms, particularly with those affected by speech paralysis. The team developed machine learning models to map complex brain activity to intended speech to achieve the breakthrough. Additionally, for people with speech paralysis who didn’t move their vocal muscles for years, to map brain signals moving those muscles was a dare.

So the trial began with testing the technology with patients with paralysis. Dr. Chang partnered and associate professor of neurology, Dr. Karunesh Ganguly, launched “BRAVO” (Brain-Computer Interface Restoration of Arm and Voice). A brainstem stroke candidate in his late 30s who had lost connection between his brain and his vocal tract and limbs volunteered. For anonymity, the candidate is named BRAVO1.

BRAVO1 worked with the entire team of researchers to create a 50-word vocabulary. These 50 words, such as “water,” “family,” and “good,” were recognized by Dr. Chang’s team using advanced computer algorithms. The 50-word vocabulary helped the team create hundreds of sentences for BRAVO1 to express his daily life without struggling with typing.

Dr. Chang and his team surgically implanted a high-density electrode array over BRAVO1’s speech motor cortex. Then as the patient regained sense, over 48 sessions and several months, they achieved a 22-hour recording of his brain’s neural activity. The implanted electrodes recorded brain signals from BRAVO1 ‘s speech cortex using those 50 words in the sessions. The neural network models then distinguished the subtle speech patterns and decoded words one by one on a screen.

Once the team established decoding words, they progressed to prompting BRAVO1 to answer questions such as “How are you today?” or “Would you like some water?” BRAVO1’s responses such as “I am very good,” or “No, I am not thirsty” appeared on screen and that too at a rate of 18 words per minute with up to 93 percent accuracy (75 percent median). The technology used the “auto-correct” function in that modeling to help BRAVO1 express with great accuracy.