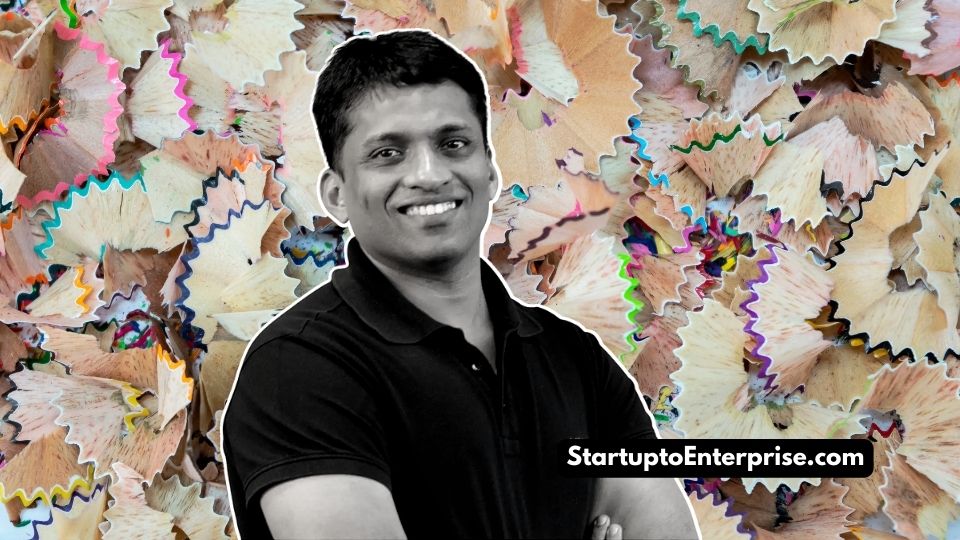 For Byju Raveendran to chase the projected growth opportunity and spread as thick as possible is only a basic instinct. On being criticized by Forbes in October 2020, the man turns the wheel to feature as Forbes’ cover boy! Incredibly sexy of an Indian entrepreneur who, if not about selling snow to an Eskimo, can sell five-year-learning programs to lower-income aspirational Indian families brainwashed to believe his salespeople as Gods! A section of people would argue that just being a business. True, but what concerns the concerned is the debt trap, the EMIs, the obligation, and the opacity of success of Byju’s Learning App that boasts of qualifying candidates appearing for competitive Indian exams.

Let’s talk about how Byju’s Learning App is an abacus of exploitation. Here are the eight obvious reasons that do not sit well with the progressive asking you to step with caution!

From a Learning App to an Edtech Holding Company

Byju’s has made 11 acquisitions and one investment. The company has spent over $ 1.43B on the acquisitions. Byju has invested in multiple sectors such as K-12 EdTech, Internal: Artificial Intelligence Apps, Gaming Tech, etc. Some of the edtech companies Byju’s acquired include the notorious WhiteHat Jr, Aakash Educational Services, Osmo, Vidyartha, Edurite, Specadel, LabInApp, Hubli, Scholr etc.

Now the point is- where is the focus on Byju’s Learning App? With so many edtech acquisitions and their suite of services, where is the focus on monitoring, improving, and bettering The Learning App from where Byjus originally started? For Byjus, every investment is to market The Learning App, but it is clear to the discerning mind that the business, long time, shifted its focus from the main product to market penetration alone.

Networking for Peer-Pressure with Schools for Commission

Dear reader, how much did you pay for your school fees as a child from an Indian middle-class family? Can you think of the time you learned about the unpleasant “peer pressure” coercing you to avail yourself tuition from the same class teacher who was expensive? Do you realize the peer pressure of buying books and uniforms from shops recommended by your school, albeit you could get those from an affordable provider?

This is 2021. Peer pressure has evolved. Here, Byjus is networking with schools you send your kids to force you to subscribe to their services, such as coding classes from WhiteHat Jr and its own The Learning App. You know it is a useless investment, but they have taken the route of selling you their offering via the school, where you and your child are forced to consider the subscription via school authorities for mere commission. What are you paying the school for?

We keep this open to speculation, and we are as curious as you to find out the list of successful candidates who made it through their elected competitive exams through Byju’s The Learning App. Byju’s confidently markets no questions asked the kind of path-breaking curriculum they have to help any child crack any competitive exams such as-.

Please let us know if your child cracked anyone of the above through Byju’s The Learning App. It is not an exception if the app has helped your child because that’s what was sold to you, but consider the percentage of students clearing these exams just because they subscribed to Byju’s The Learning App? Also, consider the total number of qualifying students in each of these exams to the ratio of students who qualified just because of Byju’s.

Byju’s not only hired lower-income and desperate professionals to subject them to aggressive sales turnover under the threat of a hire-and-fire policy, but it also ensures that they target low-income families desperate to crawl out of their anonymity through their children making it successful in their lives. An overenthusiastic sales professional from Byjus basked in the glory of being heralded as the God by a low-income family, he sold a 5-year program in EMI.

Once Byjus realized that the educated in-their-30s are not easy to convince, they got into trapping the aspirational families in support and security jobs with a basic minimum income to run a family of four or more. What is intimidating is that a bank sanctions a personal loan based on the income that remains after all expenses are taken care of. Now a family of a security guard earning 15 to 18k a month, how do you think would have enough to get approved for a loan for a product as dynamic as education enabled by technology that can fail anytime?

It is absolutely fine to hire home-makers for digital tutoring programs. But please consider the fact that you would go to a doctor who appears to be a doctor because of living with a doctor and having no real degree or experience? Byju’s approval WhiteHat Jr to hire women in the name of “women empowerment” who have no experience in coding but the skill to deliver on the script as given, obey management no questions asked, and convert free classes into leads.

When you sign up for WhiteHat Jr (Byju’s) coding classes, you sign up for tutors who can’t tell you what cloud computing is or the difference between Java programming language and Java chips. But no, you can’t expect it. This is a gross misappropriation of everything involved starting from the teacher-management relationship to the teacher-student and teacher-parent relationship; there isn’t an ounce of trust in the pocket you are investing for you want your bright child to outshine the rest.

As an edtech firm, Byju’s spent ₹400-500 crore in taking advantage of the IPL sentiment as that’s where we glue our eyeballs during the seasons. Constant interaction with the logo on your favorite players’ shirts makes you inquisitive about the brand and its affluence. We equate affluence to trust and assume the brand to be serious in their market offering. Unfortunately, Byju’s IPL sponsorship turns out to be an eye-wash.

Think, why an edtech company, instead of working in the space of education with tremendous scope to nurture and mentor in a country like India, would foray into sponsoring a cricket team? Greta Thunberg, for that matter, has a greater reach than an IPL team. It would have been a greater and mightier consideration for Byjus to work with children and identify India’s climate activists to help organize their congress working on environmental awareness.

When you run a fashion magazine, you consider a model or a movie star on the cover page to attract buyers. If it is a business magazine where your target audience is more interested in business leaders, you publish the face of business tycoons. However, the math is that you have to pay a movie star who is popular by the masses as that guarantees you more sales than the face of a businessman, which is why business magazine publishers seek payment from the firm for a brand shoutout.

In September 2017, Byjus was featured on Forbes’s cover for the first time. In October 2020, @forbes_india’s staff wrote a critical article on Byju’s business ethics. In March 2021, the magazine again honored him as Entrepreneur of the Year 2020-2021 and featured him on the cover despite his notoriety for silencing dissent. Do you not hear that it is only a paid feature? Otherwise, where is Ranjit Disale on the cover of Forbes? Know who he is?

The cheapest of all is to list an academic course like a commercial product on e-commerce sites to spam the search engine and manipulate search algorithms because e-commerce sites, on account of being the hubs for highest internet visits, the sales team at Byju’s considers it a brilliant idea to list its coaching programs on Flipkart & Amazon like any other product. Remember that buying books is not equal to purchasing teaching services, just like you can’t buy an IIM admission form from e-commerce sites.

So that you know that adequate research also revealed how “Byjus X Classes” is also a popular keyword on many shady Internet sites prompting users (often young as per Byju’s target audience) to explore such unsafe sites curiously.

Disclaimer: StartuptoEnterprise believes in your wellbeing and publishes no article for any exchange of kind or cash. We only encourage you to tread cautiously when it concerns your financials and the future of your children.